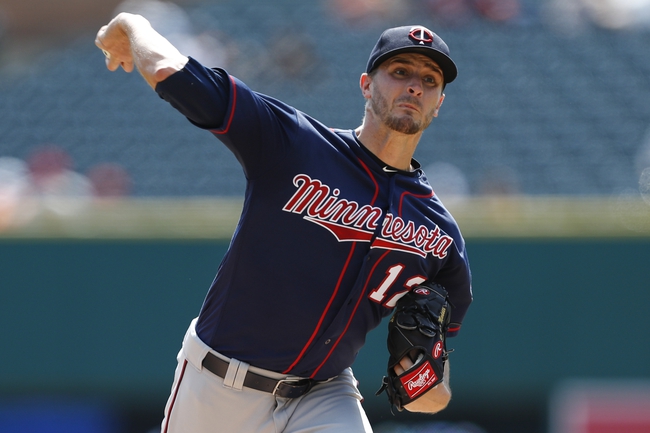 TV: FS-North, SportsTime Ohio Stream the MLB Game of the Day all season on ESPN+. Sign up now!

The Minnesota Twins and the Cleveland Indians meet in the second half of a doubleheader from Progressive Field in MLB action on Saturday after Friday’s series opener was postponed.

The Minnesota Twins will look to bounce back after losing their series with Washington last time out, dropping their series finale on Thursday by a final score of 12-6. Nelson Cruz and Jonathan Schoop each had a home run and two RBIs with Schoop belting three hits while Cruz had a pair of hits. Eddie Rosario and LaMonte Wade Jr. each added an RBI to round out Minnesota’s scoring as a team in the loss. Mitch Garver and Luis Arraez each had a double while Ronald Torreyes, C.J. Cron and Willians Astudillo each had a base hit in the losing effort. Kyle Gibson took the loss, falling to 13-7 on the year after allowing six runs, five earned, on eight hits while walking four and striking out five over 4.2 innings of work. Jake Odorizzi will start game two and is 14-6 with a 3.60 ERA and 162 strikeouts this season. In his career, Odorizzi is 3-4 with a 4.34 ERA and 67 strikeouts against Cleveland.

The Cleveland Indians will look to push their winning streak which currently sits at four games after sweeping the Angels with a 4-3 win in Thursday’s series finale. Francisco Lindor had a home run and two RBIs while Carlos Santana had a solo home run and Kevin Plawecki had a double and an RBI to finish off Cleveland’s scoring as a team in the win. Jordan Luplow went 2 for 3 with a double and Yu Chang had a double of his own while Yasiel Puig went 2 for 4 and Oscar Mercado added a base hit. Adam Plutko allowed two runs on six hits over 4.1 innings of work, not factoring in the decision. Carlos Carrasco got the win to improve to 5-7 on the year while Adam Cimber closed out the game for his 1st save. Aaron Civale will start game two and is 3-3 with a 1.93 ERA and 38 strikeouts this season. In his career, Civale is 0-0 with a 1.64 ERA and 9 strikeouts against Minnesota.

This is a hard game to call as both teams need the win, and it’s a real marquee pitching matchup as Civale’s been lights out at home with an ERA just over one in his brief career, while Odorizzi has done nothing but help the Twins win when he takes the mound as Minnesota’s won 20 of his last 26 starts. The difference for me here is that Odorizzi has picked up two wins against the Tribe this season while Civale’s had to settle for a pair of no-decisions. I’ll side with Minnesota behind another strong outing from Odorizzi here.