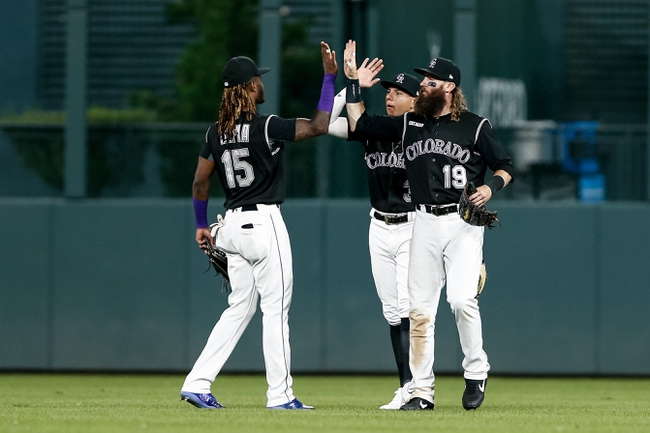 TV: ATRM, FSFL Stream the MLB Game of the Day all season on ESPN+. Sign up now!

The Miami Marlins and the Colorado Rockies will match up to finish their MLB set on Sunday.

In the Friday opener, the Rockies bagged a 3-0 win. On Saturday, Colorado kept it going with an 11-4 victory.

Miami managed to put up eight hits in the loss Saturday. Garrett Cooper led the way for the Marlins on a solo shot with two RBI and two hits.

Yamamoto has been on a slide lately, with at least four earned runs given up in each of his last five starts. That makes for 23 earned runs over that time in all.

As for Lambert, he coughed up nine earned in Houston but did okay his last time out at home with three earned against the Diamondbacks. I like Lambert a little better right now so I’m going Rockies here.