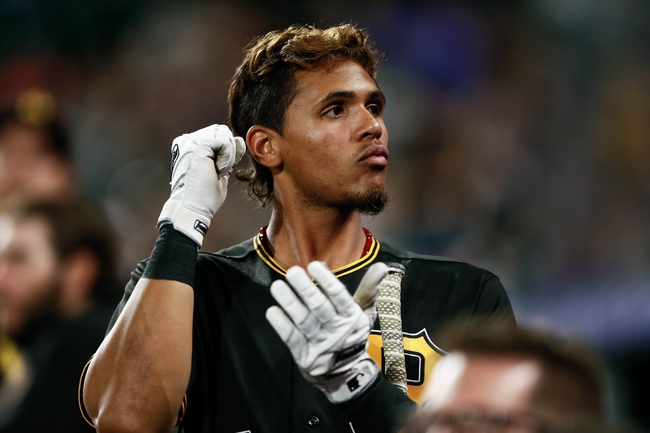 TV: ATRM, ATPT Stream the MLB Game of the Day all season on ESPN+. Sign up now!

The Pittsburgh Pirates look to stay hot after winning six of their last eight games. The Pirates have scored 23 runs in their last three games and four or more runs in seven of their last 11 games. The Pittsburgh Pirates have won six of their last seven games when scoring four or more runs. Starling Marte leads the Pirates with 150 hits and 77 RBI while Josh Bell and Bryan Reynolds have combined for 261 hits and 162 RBI. Joe Musgrove gets the ball, and he is 8-12 with a 4.67 ERA and 131 strikeouts this season. This will be Musgrove’s second career game against the Rockies.

The Colorado Rockies need a win after losing 10 of their last 12 games. The Rockies have scored 16 runs in their last three games and four or more runs in eight of their last 11 games. The Colorado Rockies have lost six straight games when scoring four or more runs. Charlie Blackmon leads the Rockies with 157 hits and 74 RBI while Nolan Arenado and Trevor Story have combined for 303 hits and 177 RBI. Tim Melville gets the ball, and he is 1-0 with a 0.75 ERA and 10 strikeouts this season. This will be Melville’s second career game against the Pirates.

Musgrove has allowed 32 hits and 20 earned runs in his last 27 innings, and he has a 3.93 ERA and .247 allowed batting average on the road. Melville has just 12 innings under this belt this season, and he's been solid with just seven hits and one run allowed with 10 strikeouts. With that said, the Pittsburgh Pirates are playing much better baseball, while the Rockies look like a team that's mailed it in and can't score runs all of a sudden. I'l riding with the Pirates based on form, even if the home team may have the pitching advantage.