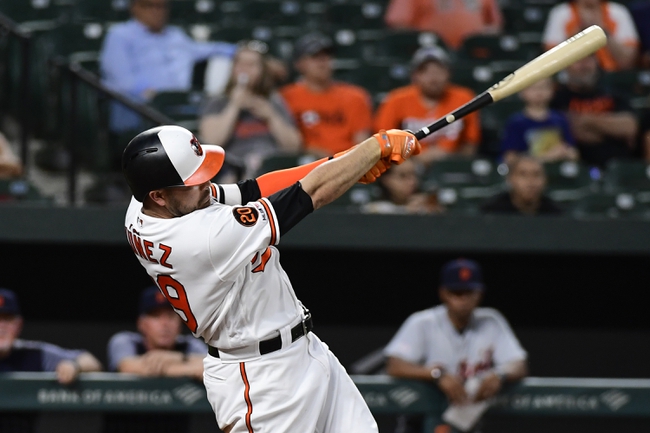 The Baltimore Orioles and the Detroit Tigers will meet up on the MLB diamond Friday to begin their series.

The Orioles are coming out of a series versus the Dodgers. After splitting the first two games by 7-3 scores, in the rubber match Thursday Baltimore fell 4-2.

Over on the Tigers’ side, they just finished up a set versus the Yankees. After a big comeback win 12-11 on Tuesday and a rainout Wednesday, in the Thursday doubleheader Detroit dropped both games 10-4 and 6-4.

For Friday’s start, the Tigers will send out Jordan Zimmermann. Across a 1-10 record and a 6.27 ERA this year, Zimmermann has amassed 71 strikeouts.

Brooks had a three-game stretch of solid outings going earlier this month, totaling four earned in 15.1 innings with a 2-0 record. He faltered with six earned on six hits in 2.2 innings during a loss his last time out, however.

There’s not a whole lot of intrigue in this matchup, but I’m going to go with Brooks pitching well here and helping the Orioles to a win.