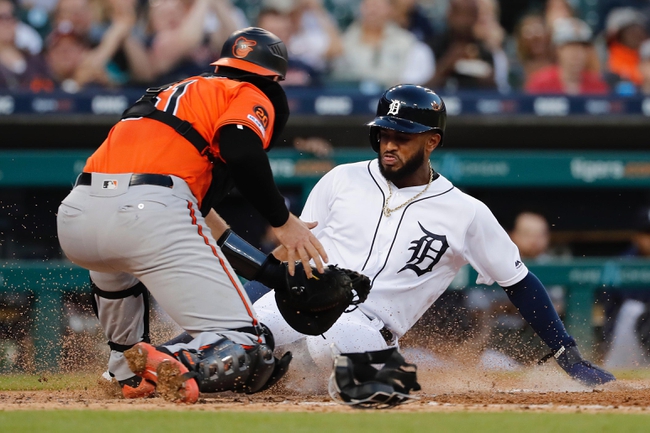 The Baltimore Orioles and the Detroit Tigers will match up on the MLB circuit Sunday to continue their series.

In the Friday opener of this set, the Orioles powered out a 6-2 win. On Saturday, we had a 12-inning battle as Detroit tied things up in the bottom of the ninth. After Baltimore scratched out a run in the 12th, the Tigers tied it up and then won in dramatic fashion on a walk-off grand-slam courtesy of John Hicks.
For the Sunday game, the Orioles will send out Asher Wojciechowski in the start. Across his 67.0 innings and 2-8 mark so far, Wojciechowski has a 5.51 ERA with 68 Ks and 25 BBs.

Wojciechowski has hit some bumps over his last three starts. In that span he’s 0-2 with a total of 13 earned runs given up across 13 innings. He hasn’t won a game since July 26 either.

As for Jackson, he’s 0-4 in his last five games and has given up 22 earned runs over his last four starts. I’m not really thrilled about either pitcher (or team) here but I’ll go with the O’s as the lesser of two evils.