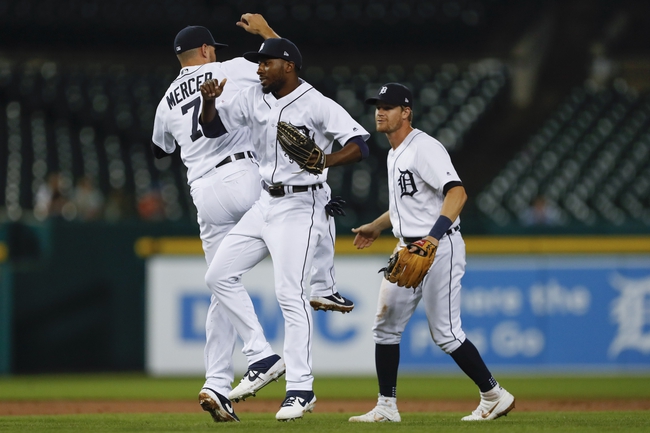 TV: WGN, FSDT Stream the MLB Game of the Day all season on ESPN+. Sign up now!

The Chicago White Sox look for a win after splitting their last eight games. The White Sox have scored 18 runs in their last three games and four or more runs in five fo their last six games. The Chicago White Sox have won five of their last six games when scoring four or more runs. Leury Garcia leads the White Sox with 123 hits and 34 RBI while Jose Abreu and Yoan Moncada have combined for 232 hits and 140 RBI. Ivan Nova gets the ball, and he is 6-9 with a 5.10 ERA and 85 strikeouts this season. Nova is 0-3 with a 5.76 ERA and 40 strikeouts in his career against the Tigers.

The Detroit Tigers could use a win after losing 12 of their last 15 games. The Tigers have scored 17 runs in their last three games and four or more runs in seven of their last nine games. The Detroit Tigers have split their last eight games when scoring four or more runs. Miguel Cabrera leads the Tigers with 103 hits and 43 RBI while Niko Goodrum and JaCoby Jones have combined for 164 hits and 67 RBI. Tyler Alexander gets the ball, and he is 0-2 with a 4.50 ERA and 18 strikeouts this season. This will be Alexander’s second career game against the White Sox.

Nova has allowed 11 hits and two earned runs in his last 20 innings, so while he's allowing a .300 batting average on the season and is one of those guys who hasn't been able to put it together throughout his career, he's been sharp lately. Alexander has allowed 26 hits and 11 runs in his first 22 major league innings, but he has 18 strikeouts to just two walks. Overall, I give the edge to the White Sox based on Nova looking solid in his last three games and the fact the Tigers haven't won back-to-back games since May 29-31.