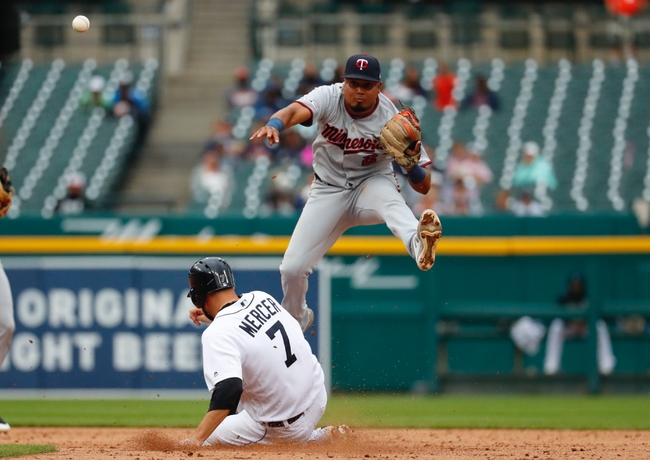 TV: FSDT, FSN Stream the MLB Game of the Day all season on ESPN+. Sign up now!

The Minnesota Twins and the Detroit Tigers will finish off their MLB series on Monday.

The two teams split the first pair of games in this set, then in the Sunday matchup The Twins banged out an 8-3 victory.

For Monday’s game, the Twins will go with Jake Odorizzi in the starting role. Over his 137.0 innings and 14-6 mark so far, Odorizzi has a 3.55 ERA with 145 Ks and 49 BBs.
The Twins posted 12 hits in the win Sunday and scored five runs in the second inning. Nelson Cruz led the way on three hits and two RBI.

Zimmerman has been pretty solid over his last three starts, but he’s got just an 0-1 record to show for it. In that span, he’s given up a combined four earned runs in 16.0 innings on nine hits with 14 strikeouts.

Over his last nine games, Zimmerman is 1-4, which doesn’t bode well for my confidence here. I’m sticking with the Twins.