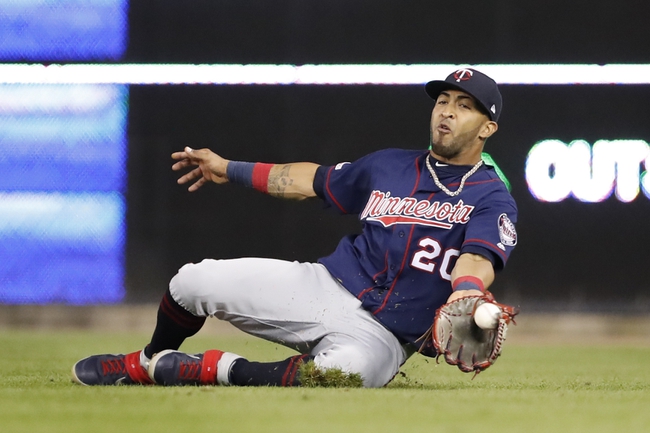 TV: FS-Detroit, FS-North Stream the MLB Game of the Day all season on ESPN+. Sign up now!

The Minnesota Twins and the Detroit Tigers meet in the finale of their three game AL Central division set from Comerica Park on Thursday.

The Minnesota Twins will look to complete the sweep after taking game two on Wednesday by a final score of 5-1. Eddie Rosario and Luis Arraez each had a home run and two RBIs while Nelson Cruz went 2 for 4 with a double and an RBI to round out Minnesota’s scoring as a team in the win. Jorge Polanco went 2 for 5 with a triple while C.J. Cron and Jonathan Schoop each had a base hit to finish off the Twins’ offense in the winning effort. Randy Dobnak got the win to improve to 2-1 on the year after allowing just an unearned run on one hit while striking out six over six innings of work. The Twins did not have a starting pitcher announced at the time of posting this article.

The Detroit Tigers will look to bounce back and avoid the sweep after dropping the first two games of the series following Wednesday’s defeat. Jeimer Candelario had a double and an RBI and Dawel Lugo added a double of his own as the Tigers had just two hits as a team in the losing effort. The rest of the Tigers went 0 for 24 with 7 strikeouts in the defeat. Daniel Norris threw three shutout innings in the start, not factoring in the decision. Drew VerHagen ended up with the loss, falling to 4-3 on the year as a result. Jordan Zimmermann will start the finale and is 1-12 with a 6.85 ERA and 80 strikeouts this season. In his career, Zimmermann is 4-5 with a 6.47 ERA and 40 strikeouts against Minnesota.

There hasn’t been a line released as of yet, but you’d better believe I’m siding with Minnesota here. The Twins just need to win this game to lock up the division, and Zimmermann is back to looking like the struggling starter that we’ve seen all season, as the Tigers have lost each of his last eight starts while Zimmermann himself has allowed 19 runs in 13.2 innings across his last three starts, including 13 in his last 8.2 innings at home and is coming off of a start in which he allowed nine runs in 3.2 innings to a bad White Sox team. I just don’t like the matchup here for the Tigers as I have all season, so I’ll side with Minnesota for the sweep on Thursday.