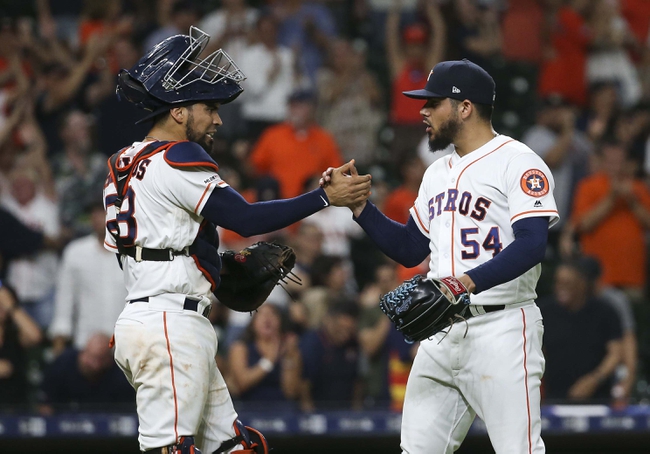 TV: ATSW, FSDT Stream the MLB Game of the Day all season on ESPN+. Sign up now!

The Detroit Tigers could use a win after losing seven of their last nine games. The Tigers have scored eight runs in their last three games and three or less runs in six of their last nine games. The Detroit Tigers have lost five of their last seven games when scoring three or less runs. Miguel Cabrera leads the Tigers with 112 hits and 49 RBI while Niko Goodrum and Brandon Dixon have combined for 184 hits and 88 RBI. Spencer Turnbull gets the ball, and he is 3-11 with a 3.75 ERA and 106 strikeouts this season. This will be Turnbull’s first career game against the Astros.

The Houston Astros need a win after losing six of their last nine games. The Astros have scored 13 runs in their last three games and four or more runs in eight of their last 10 games. The Houston Astros have split their last eight games when scoring four or more runs. Michael Brantley leads the Astros with 155 hits and 74 RBI while Yuli Gurriel and Alex Bregman have combined for 263 hits and 171 RBI. Aaron Sanchez gets the ball, and he is 5-14 with a 5.79 ERA and 114 strikeouts this season. Sanchez is 3-0 with a 1.29 ERA and 36 strikeouts in his career against the Tigers.

Turnbull has allowed 21 hits and 14 earned runs in his last 23 innings, and he has a 3.29 ERA and .230 allowed batting average on the road. Sanchez has allowed 10 hits and seven runs in 16.1 innings since coming over from Toronto, and he's allowing a .276 batting average on the season. Neither of these pitchers are guys I want to get behind, and I'm certainly not laying a -300 price with a pitcher who just gave up seven hits and six runs in 5.1 innings against Oakland. This feels like an over game, and it's a lot better option than playing with these insane ML prices and two subpar pitchers.