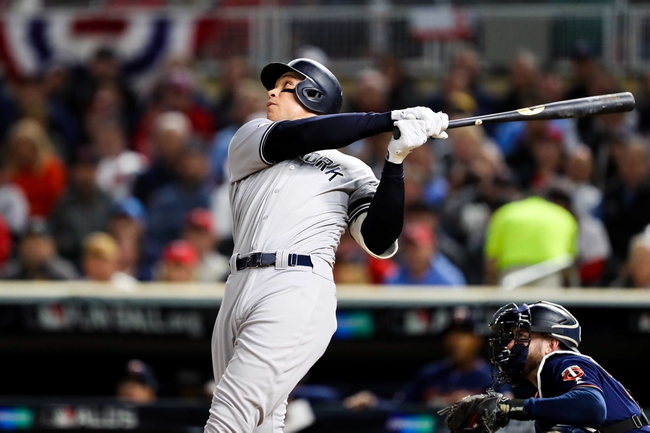 The Houston Astros are set to start Zack Greinke (18-5, 2.93 ERA) who struggled in his latest start as he gave up 6 earned runs in 3.2 innings against the Tampa Bay Rays. Zack Greinke had success in his 2 starts against the New York Yankees during the 2019 season as he went 1-0 with a 2.13 ERA.

The New York Yankees are coming into this game off extended rest which will play into their hands as the Houston Astros needed all 5 games to beat the Rays. Zack Greinke is one of the top pitchers in the AL, but he looked very bad in his 1st playoff start, and the Yankees will make him pay for a performance like that as they have one of the top bats in baseball. This is a matchup of power on power as both teams have the ability to hit the long ball, but the Yankees will escape game 1 with a win due to their rest.