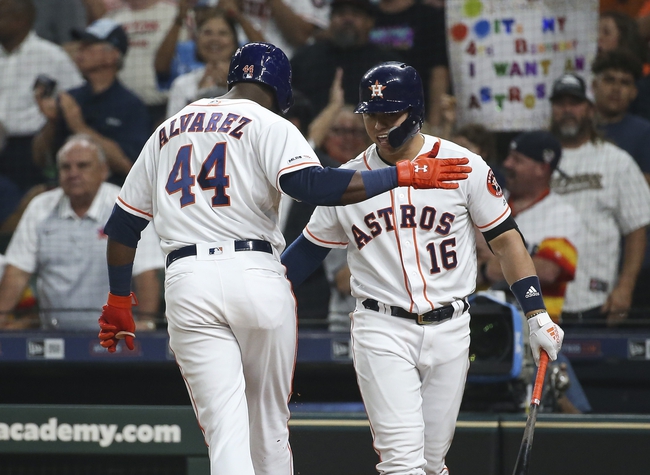 The Oakland Athletics and the Houston Astros will match up on the MLB diamond Tuesday.

In the opener of this set Monday, Houston jumped out of the gate with six runs in the first inning and five more in the second and didn’t let up for most of the game. When it was over, Houston had a 15-0 shutout win, out-hitting the A’s 17-3.

Roark has been on a pretty good run over his last six games. Four of those were quality starts, and he only gave up more than two earned once (four) across a 3-1 record.

Then there’s Miley, who is coming off a bad start against the Mariners (five earned) and has been a tad shaky. This doesn’t look like a bad spot to try out the A’s.