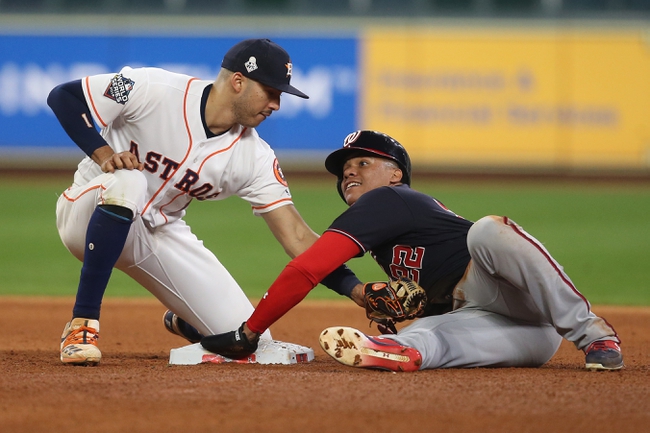 The Houston Astros come into this matchup with a 0-1 record in this series, and they will be looking to rebound after dropping Game 1 against the Washington Nationals, 5-4. Gerrit Cole received the starting nod for the Houston Astros, and he struggled as he gave up 5 earned runs in 7 innings. George Springer had a solid game from the plate for the Houston Astros as he went 2 for 3 with 1 HR and 2 RBIs.

The Houston Astros are set to start Justin Verlander (1-2, 3.70 ERA) who struggled in his latest start as he gave up 4 earned runs in 7 innings against the New York Yankees. Justin Verlander had success in his 17 home starts this season as he went 10-4 with a 2.34 ERA.

The Washington Nationals have been a team from destiny throughout the playoffs, and after watching game 1, it is apparent this a true World Series contender. The Nationals are well-rested after winning the NLCS in 4 games, and they showed that in game 1 as they were able to bring starters out of the bullpen. The Nationals will have the pitching advantage in this matchup with Stephen Strasburg as he has been amazing throughout the postseason while Verlander has been inconsistent. The knock on the Washington Nationals has been whether or not they have enough power in their lineup to do damage on the Astros, and the answer to that is yes.