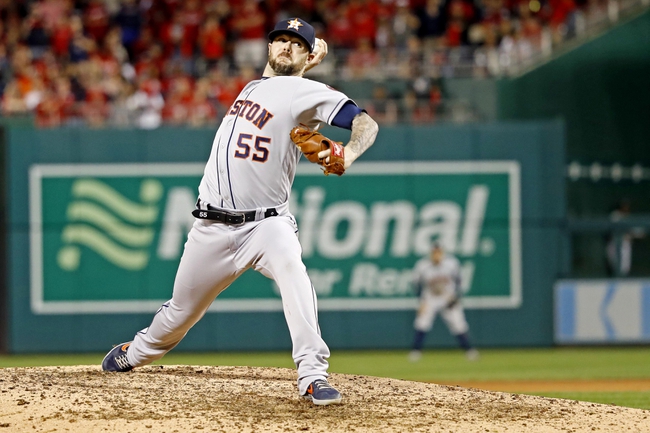 The Houston Astros come into this matchup with a 3-2 record in this series, and they will be looking to continue their success after winning their recent road game against the Washington Nationals, 7-1. Gerrit Cole received the starting nod for the Houston Astros, and he had success as he gave up 1 earned run in 7 innings. Yonder Alvarez had a big game from the plate for the Astros as he went 3 for 3 with 1 HR and 2 RBIs.

The Houston Astros are set to start Justin Verlander (1-3, 4.15 ERA) who struggled in his latest start as he gave up 4 earned runs in 6 innings against the Washington Nationals. Justin Verlander had success in his 17 home starts this season as he went 10-4 with a 2.34 ERA.

The Washington Nationals looked lifeless in their 3 home games, but they get to return to Minute Maid Park where they outscored the Astros 17-7. The Nationals will have the pitching advantage in this matchup as Stephen Strasburg has been lights out this postseason with a 4-0 record and 1.93 ERA while veteran starter Justin Verlander is 1-3 with a 4.15 ERA. Juan Soto has been amazing this postseason with 4 HRs and 12 RBIs, but they have a solid all-around lineup which could cause problems for Verlander again. Washington will escape this game with a win due to the lights out pitching of Strasburg.