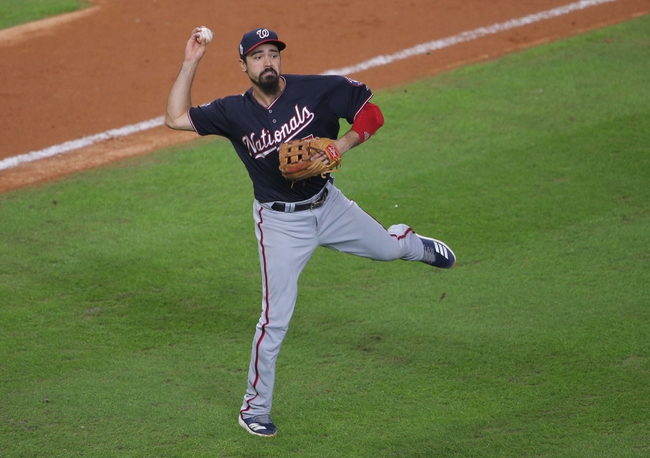 The Houston Astros come into this matchup with a 3-3 record in this series, and they will be looking to continue their success after winning their recent home game against the Washington Nationals, 7-2. Justin Verlander received the starting nod for the Houston Astros, and he struggled as he gave up 3 earned runs in 5 innings. Alex Bregman had a solid game from the plate for the Houston Astros as he went 2 for 4 with 1 HR and 1 RBI.

The Houston Astros slipped up on their chance to win the World Series in Game 6 as they were in control of the game after their 2-run 1st inning, but they have now given the team of destiny hope. The Nationals have a major pitching advantage in this game as they get to throw their ace Max Scherzer who has been perfect this postseason with a 2.16 ERA while the Astros are stuck with Greinke who has been off in the playoffs. The Nationals bats have been hot at Minute Maid Park, especially the Soto and Rendon duo, and I expect them to come through in this humongous game. The road team has won every single game through the first 6 meetings, and trends will follow here for the Nationals. Take Washington to win Game 7 and be crowned World Series Champions.