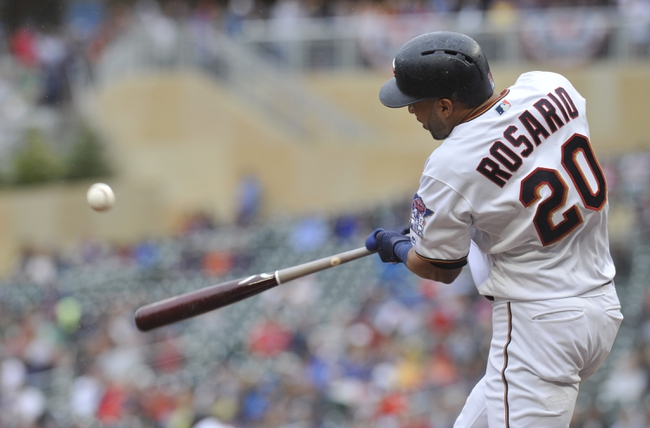 TV: FS-Kansas City, FS-North Stream the MLB Game of the Day all season on ESPN+. Sign up now!

The Minnesota Twins and the Kansas City Royals meet in game one of a three game AL Central division series in MLB action from Kauffman Stadium on Friday.

The Minnesota Twins will look to reach the 100-win club after making it 99 with a sweep of the Tigers following a 10-4 win in Thursday’s series finale. Jonathan Schoop had a home run and three RBIs while Willians Astudillo and Jake Cave each had two RBIs with Astudillo going 4 for 5 with a home run while Cave went 2 for 5 with a triple. Ian Miller added an RBI as well while Jason Castro, LaMonte Wade Jr. and Ronald Torreyes each had a base hit to finish off Minnesota’s offense as a team in the win. Devin Smeltzer got the win to improve to 2-2 after allowing three runs on ten this while striking out four over five innings of work. Jose Berrios will start the opener and is 13-8 with a 3.70 ERA and 186 strikeouts this season. In his career, Berrios is 2-2 with a 4.40 ERA and 54 strikeouts against Kansas City.

The Kansas City Royals will try to finish on a high note after settling for a series split with Atlanta, dropping their series finale by a final score of 10-2 in their last outing. Nicky Lopez went 2 for 4 with a triple and an RBI while Melbrys Viloria had a double and an RBI to cap off the Royals’ scoring as a team in the loss. Jorge Soler, Hunter Dozier, Alex Gordon, Ryan McBroom and Ryan O’Hearn each had a base hit to finish off KC’s offense as a team in the loss. Mike Montgomery allowed two runs on five hits while walking three and striking out four over 4.2 innings of work, not factoring in the decision, while Jacob Barnes took the loss, falling to 0-3 on the year. Eric Skoglund will start game one and is 0-2 with a 7.50 ERA and 2 strikeouts this season. This will be Skoglund’s second career start against Minnesota.

I’d like to think that KC might show up for their fans who’ve supported them in this brutal season in the final series of the year at home, but I just don’t trust the Royals against a Twins team on a mission. On the other hand, Berrios hasn’t had the easiest time dealing with KC this season and the Twins are pretty much locked in their positioning for the division series. Instead of trying to pick a side, I’ll side with the over as I think both offenses show up in this one and push this one over the number.