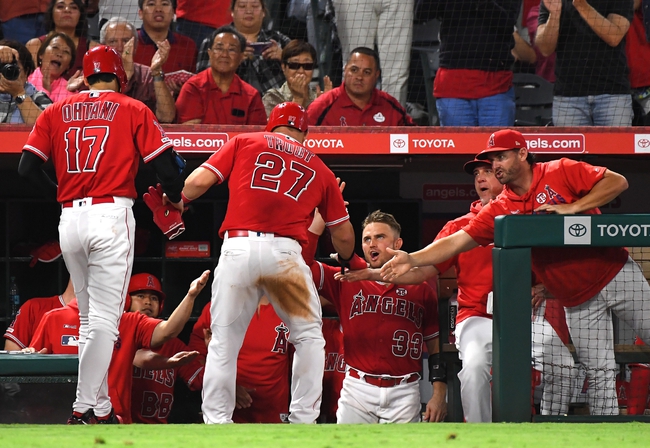 TV: NSCH, FSW Stream the MLB Game of the Day all season on ESPN+. Sign up now!

The Chicago White Sox look for a win after splitting their last 10 games. The White Sox have scored 24 runs in their last three games and four or more runs in eight of their last 12 games. The Chicago White Sox have won six of their last eight games when scoring four or more runs. Jose Abreu leads the White Sox with 133 hits and 89 RBI while Leury Garcia and Yoan Moncada have combined for 238 hits and 93 RBI. Lucas Giolito gets the ball, and he is 12-6 with a 3.42 ERA and 171 strikeouts this season. This will be Giolito’s second career game against the Angels.

The Los Angeles Angels look for a win after splitting their last eight games. The Angels have scored 22 runs in their last three games and four or more runs in six of their last seven games. The Los Angeles Angels have won six of their last 10 games when scoring four or more runs. David Fletcher leads the Angels with 123 hits and 42 RBI while Mike Trout and Kole Calhoun have combined for 220 hits and 153 RBI. Patrick Sandoval gets the ball, and he is 0-0 with a 5.59 ERA and 12 strikeouts this season. This will be Sandoval’s first career game against the White Sox.

Giolito has allowed 41 hits and 23 earned runs in his last 40.2 innings, and he has a 2.90 ERA and .221 allowed batting average on the road. Sandoval has just 9.2 big league innings under his belt, and he's given up nine hits and six runs during that span with six walks and 12 strikeouts. However, this will be the first home game Sandoval has been able to enjoy. Neither of these teams have been consistent and they both have nothing to play for, but we're getting plus money with a pitcher in Giolito who has been solid for much of the season. He'd also have more than the 12 wins if he got some recent run support. Either way, give me the White Sox and the plus money over the rookie pitcher.