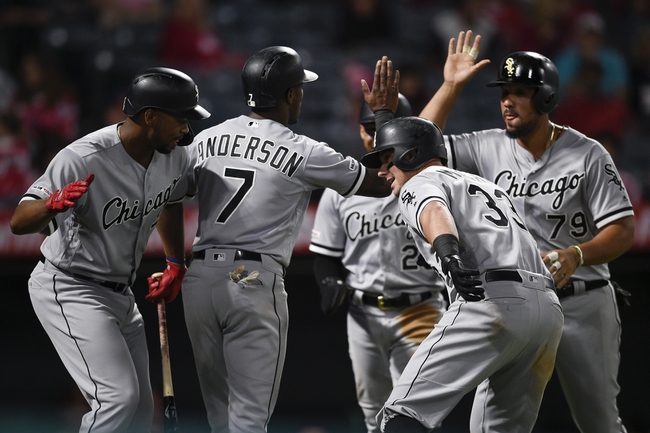 The Chicago White Sox look for a win after splitting their last 10 games. The White Sox have scored 27 runs in their last three games and four or more runs in seven of their last 11 games. The Chicago White Sox have won eight of their last 10 games when scoring four or more runs. Jose Abreu leads the White Sox with 133 hits and 89 RBI while Leury Garcia and Yoan Moncada have combined for 240 hits and 93 RBI. Hector Santiago gets the ball, and he is 1-1 with a 7.11 ERA and 11 strikeouts this season. Santiago is 0-0 with a 4.05 ERA and eight strikeouts in his career against the Angels.

The Los Angeles Angels could use a win after losing 11 of their last 15 games. The Angels have scored 17 runs in their last three games and four or more runs in six of their last eight games. The Los Angeles Angels have split their last eight games when scoring four or more runs. David Fletcher leads the Angels with 125 hits and 42 RBI while Mike Trout and Kole Calhoun have combined for 221 hits and 154 RBI. Jose Suarez gets the ball, and he is 2-4 with a 6.57 ERA and 48 strikeouts this season. This will be Suarez’s first career game against the White Sox.

Santiago has allowed seven hits and four earned runs in the 4.2 innings since coming over from the New York Mets, and he's allowing a .315 batting average on the season through 12.2 innings. Suarez has allowed 40 hits and 23 earned runs in his last 28.1 innings, and he has a 6.53 ERA and .295 allowed batting average at home. This could possibly be the worst pitching matchup on Saturday's card, but I'll take the team that's at home and the pitcher who has consistently pitched this season. If forced to pick, give me the Angels.