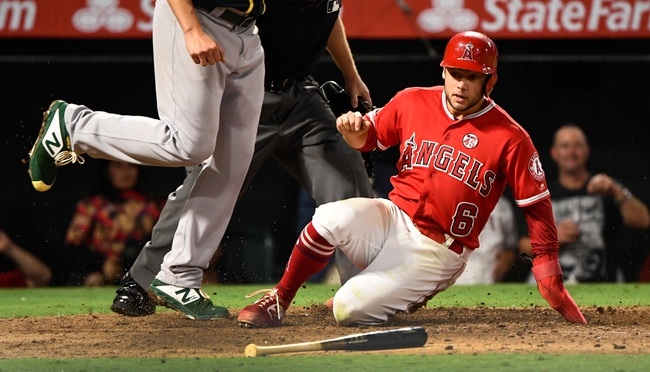 TV: NSCA, FSW, ESPN Stream the MLB Game of the Day all season on ESPN+. Sign up now!

Heaney has allowed 28 hits and 20 runs in his last 19.1 innings, and he has a 5.29 ERA and .282 allowed batting average at home. The Los Angeles Angels have won back-to-back games just four times since July 25. The Oakland Athletics haven't lost three starlight games since July 24-26. The Oakland Athletics need a victory here to increase their odds of hosting the wild card game next week. I'm riding with the A's.