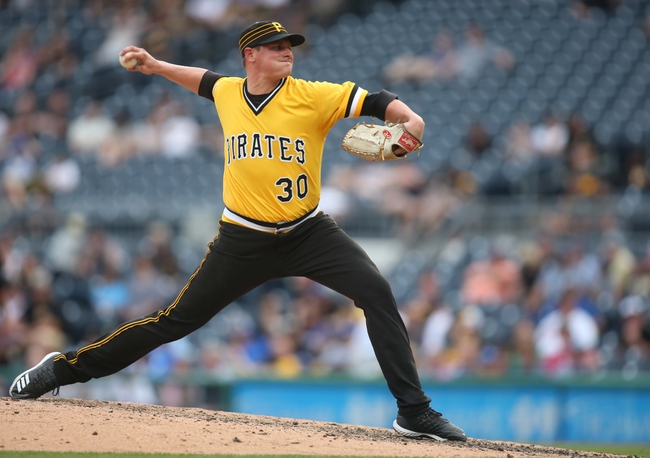 The Pittsburgh Pirates and the Los Angeles Angels meet in the opener of a three game interleague set in MLB action from Angel Stadium on Monday.

The Pittsburgh Pirates will be out to snap an eight game losing streak after being swept by St. Louis over the weekend following an 11-9 loss in Sunday’s series finale. Josh Bell went 3 for 4 with a pair of home runs and four RBIs while Adam Frazier added two RBIs. Pablo Reyes had a solo home run while Melky Cabrera chipped in an RBI and Bryan Reynolds went 3 for 4 with a pair of doubles. Colin Moran also went 3 for 4 with a two-bagger and Erik Gonzalez chipped in a base hit to cap off Pittsburgh’s offense as a team in the losing effort. Steven Brault allowed four runs on five hits while walking and whiffing three apiece over 4.2 innings of work, not factoring in the decision. Kyle Crick ended up with the loss to fall to 3-7 this season in relief. Mitch Keller will start game one and is 0-1 with a 10.50 ERA and 15 strikeouts this season. This will be Keller’s first career start against the Angels.

The Los Angeles Angels will look to build up some momentum after earning a series split with the Red Sox following a 5-4 win in 10 innings in Sunday’s series finale. Shohei Ohtani went 3 for 5 with two RBIs while Kole Calhoun added a solo home run and Anthony Bamboom chipped in an RBI as well. Luis Rengifo went 2 for 5 with a double while Brian Goodwin added a two-bagger as well to finish off the Halos’ offense as a team in the victory. Patrick Sandoval allowed four runs on six hits while walking and striking out four apiece, not factoring in the decision. Hansel Robles picked up the win in relief to improve to 4-0 on the year. Jose Suarez will start game one and is 2-3 with a 6.22 ERA and 46 strikeouts this season. This will be Suarez’s first career game against Pittsburgh.

This is a hard game to call in my opinion, and you have two of the colder teams in the majors over the last couple of weeks with two pitchers that have been batting practice for opposing teams more often than not this season. However, the Angels just picked up a couple of solid wins over a good Boston team, and Suarez does have a better ERA at home than on the road despite giving up ten runs in his last 9.1 innings across two starts. Keller gave up two earned in his last start, but that start came at home and in his two career road starts, Keller has allowed 12 runs in seven innings of work. Keller also hasn’t pitched in the majors in a month and a half and the Pirates have been ice cold since the all-star break, especially on the road, which is almost closing in on a month now. Gotta like the Angels to take the series opener on Monday.