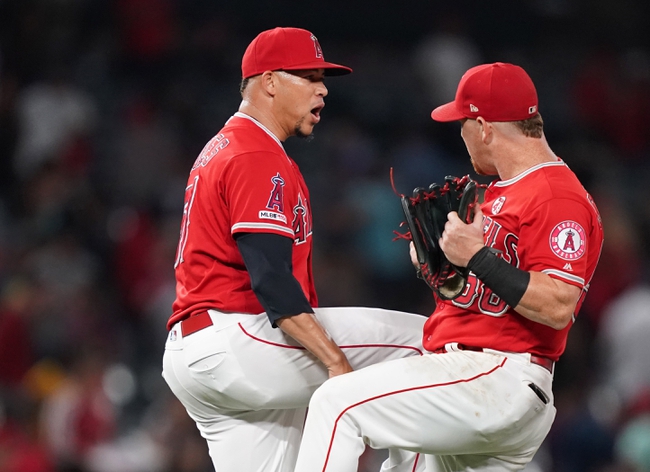 The Texas Rangers look for a win after losing eight of their last 12 games. The Rangers have scored six runs in their last three games and three or less runs in six of their last eight games. The Texas Rangers have lost four straight games when scoring three or less runs. Elvis Andrus leads the Rangers with 136 hits and 59 RBI while Shin-Soo Choo and Danny Santana have combined for 235 hits and 109 RBI. Ariel Jurado gets the ball, and he is 6-10 with a 5.48 ERA and 74 strikeouts this season. Jurado is 0-1 with a 5.64 ERA and 14 strikeouts in his career against the Angels.

The Los Angeles Angels need a win after losing six of their last eight games. The Angels have scored nine runs in their last three games and four or more runs in seven of their last 10 games. The Los Angeles Angels have won six of their last nine games when scoring four or more runs. David Fletcher leads the Angels with 138 hits and 42 RBI while Mike Trout and Kole Calhoun have combined for 239 hits and 166 RBI. Patrick Sandoval gets the ball, and he is 0-1 with a 6.75 ERA and 18 strikeouts this season. This will be Sandoval’s second career game against the Rangers.

Jurado has allowed 31 hits and 18 earned runs in his last 20.2 innings, and he has a 5.32 ERA and .290 allowed batting average on the road. Sandoval has just 17.1 innings under his belt, and he's allowed 22 hits and 13 runs while walking seven. Not the prettiest pitching matchup in the world, but the Rangers continue to stink up the joint on the road and have a pitcher who has been pretty terrible over a much larger sample size. I don't know about the price, but I'd side with the Angels anyway if forced to pick.