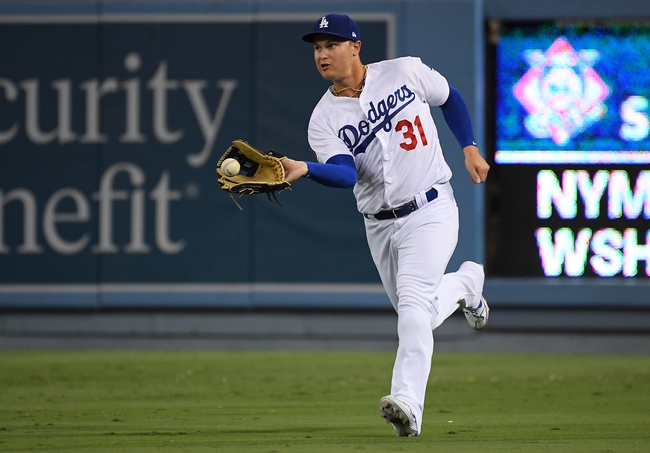 The Colorado Rockies and the Los Angeles Dodgers meet in the opener of a three game NL West division series in MLB action from Dodger Stadium on Friday night.

The Colorado Rockies will look to bounce back from losing their series with the Mets, dropping Wednesday’s rubber match by a final score of 7-4. Sam Hilliard went 2 for 4 with a pair of solo home runs while Charlie Blackmon and Raimel Tapia each had an RBI to round out Colorado’s scoring as a team in the loss. Trevor Story, Nolan Arenado and Jeff Hoffman each had two hits while Ryan McMahon and Garrett Hampson each had a base hit a base hit in the losing effort. Jeff Hoffman gave up two runs on five hits while striking out three over 5.1 innings of work, not factoring in the decision. Jairo Diaz took the loss, falling to 5-4 on the year in the defeat. Peter Lambert will start game one and is 3-6 with a 6.98 ERA and 54 strikeouts this season. In his career, Lambert is 0-1 with an 11.12 ERA and 5 strikeouts against the Dodgers.

The Los Angeles Dodgers will look to bounce back after settling for a series split with Tampa Bay, dropping Wednesday’s series finale by a final count of 8-7. Max Muncy had a double and two RBIs while Cody Bellinger went 2 for 5 with a solo home run and a double. Edwin Rios, Joc Pederson and Will Smith each had an RBI while Corey Seager, Chris Taylor and A.J. Pollock each had two hits to finish off L.A.’s offense in the loss. Josh Sborz took the loss in relief, falling to 0-1 on the year as a result. Clayton Kershaw will start game one and is 14-5 with a 3.05 ERA and 176 strikeouts this season. In his career, Kershaw is 22-8 with a 3.21 ERA and 277 strikeouts against Colorado.

The Rockies and the heavy plus money would be worth a look given that the Rox have stepped up their play late, but the fact is that Lambert is more of a liability on the mound than he is an asset, as he has an 11.12 career ERA against the Dodgers, and a 12.15 ERA in 6.2 career innings at Dodger Stadium. Kershaw is the ace that we’ve become accustomed to seeing over the years, and he’s pretty much gotten the better of the Rockies more often than not. The Dodgers are also trying to lock up home field throughout the playoffs, so I’ll side with the Dodgers here and to cut down the heavy juice, I’ll take L.A. on the RL.