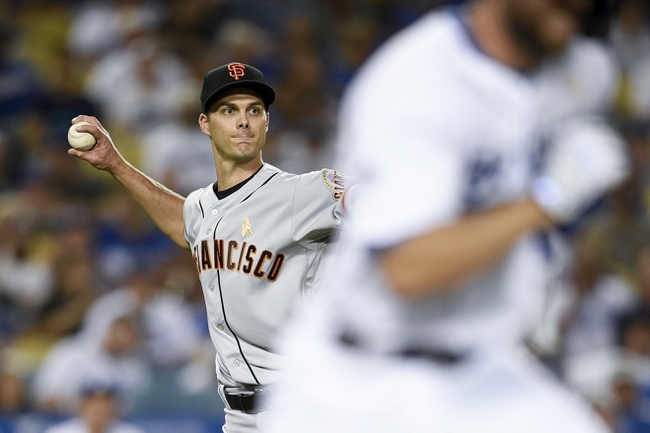 The San Francisco Giants need a win after losing eight of their last 12 games. The Giants have scored six runs in their last three games and three or less runs in seven of their last 11 games. The San Francisco Giants have lost nine of their last 10 games when scoring three or less runs. Kevin Pillar leads the Giants with 139 hits and 78 RBI while Brandon Belt and Evan Longoria have combined for 207 hits and 115 RBI. Dereck Rodriguez gets the ball, and he is 5-8 with a 5.15 ERA and 58 strikeouts this season. Rodriguez is 0-0 with a 17.47 ERA and three strikeouts in his career against the Dodgers.

The Los Angeles Dodgers need a win after splitting their last 12 games. The Dodgers have scored 11 runs in their last three games and four or more runs in 10 of their last 11 games. The Los Angeles Dodgers have won six of their last 10 games when scoring four or more runs. Cody Bellinger leads the Dodgers with 152 hits and 105 RBI while Justin Turner and Max Muncy have combined for 249 hits and 154 RBI. Julio Urias gets the ball, and he is 4-3 with a 2.55 ERA and 70 strikeouts this season. Urias is 0-2 with a 1.47 ERA and 30 strikeouts in his career against the Giants.