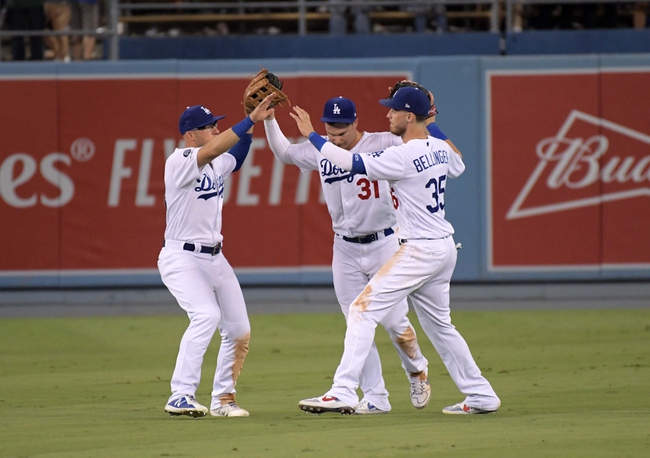 TV: SNLA, FSMW Stream the MLB Game of the Day all season on ESPN+. Sign up now!

The St. Louis Cardinals look for a win after losing six of their last eight games. The Cardinals have scored five runs in their last three games and three or less runs in seven of their last eight games. The St. Louis Cardinals have lost eight of their last 10 games when scoring three or less runs. Paul Goldschmidt leads the Cardinals with 107 hits and 58 RBI while Paul DeJong and Kolten Wong have combined for 197 hits and 94 RBI. Miles Mikolas gets the ball, and he is 7-11 with a 4.00 ERA and 90 strikeouts this season. Mikolas is 1-0 with a 3.86 ERA and five strikeouts in his career against the Dodgers.

The Los Angeles Dodgers look to stay hot after winning six of their last seven games. The Dodgers have scored 23 runs in their last three games and four or more runs in 12 of their last 15 games. The Los Angeles Dodgers have won six straight games when scoring four or more runs. Cody Bellinger leads the Dodgers with 128 hits and 88 RBI while Justin Turner and Alex Verdugo have combined for 208 hits and 93 RBI. Clayton Kershaw gets the ball, and he is 10-2 with a 2.85 ERA and 122 strikeouts this season. Kershaw is 7-5 with a 3.07 ERA and 118 strikeouts in his career against the Cardinals.