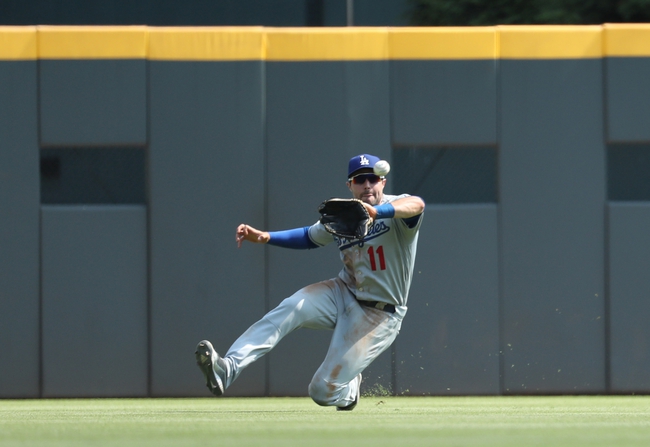 The Toronto Blue Jays and the Los Angeles Dodgers meet in game one of a three game interleague set in MLB action from Dodger Stadium on Tuesday night.

The Toronto Blue Jays will look to rebound after losing their series with Seattle, dropping Sunday’s rubber match by a final score of 7-0. Brandon Drury had a double while Randal Grichuk added a base hit as well as the Jays had just two hits as a team in the loss with the rest of the team going 0 for 22 with 7 strikeouts in the losing effort. Wilmer Font took the loss, falling to 2-1 on the year after allowing one run on three hits with three strikeouts as the opener. Sean Reid-Foley will start game one and is 2-3 with a 3.00 ERA and 26 strikeouts this season. This will be Reid-Foley’s first career start against the Dodgers.

The Los Angeles Dodgers will look to bounce back after losing their series with Atlanta, dropping their series rubber match on Sunday by a final score of 5-3. Cody Bellinger had a home run, accounting for all three Dodger runs in the loss while Kyle Garlick had a double. Justin Turner and Jedd Gyorko each went 2 for 4 while A.J. Pollock, Will Smith and Matt Beaty each added base hits as well in the defeat. Tony Gonsolin gave up one run on five hits over four innings of work, not factoring in the decision. Dustin May took the loss in relief, falling to 1-2 on the year. Clayton Kershaw will start game one and is 12-2 with a 2.63 ERA and 141 strikeouts this season. This will be Kershaw’s second career start against Toronto.

I’d like to give Toronto a shot as they’ve had success with their recent youth movement, but the problem is that Kershaw is standing on the mound on the other side. Kershaw’s managed to go at least six innings in every start this season and has allowed three runs or less in all but one start at home this season. I just don’t see Reid-Foley being able to match zeroes with Kershaw here, so I’ll back the Dodgers and to get rid of some of the juice I’ll back L.A. on the RL.