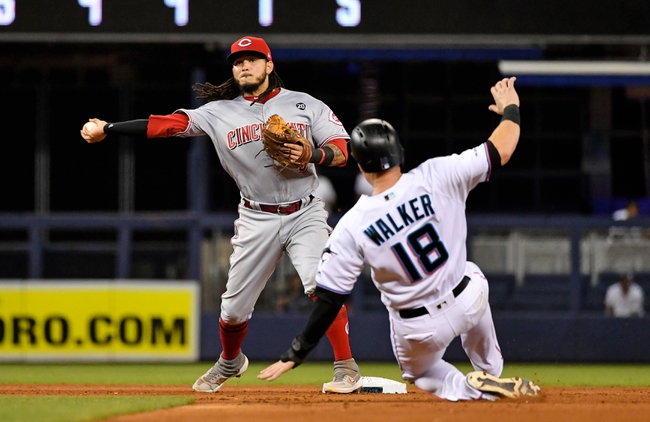 TV: FSOH, FSFL Stream the MLB Game of the Day all season on ESPN+. Sign up now!

The Cincinnati Reds and the Miami Marlins will meet up on the MLB diamond to finish up their series on Thursday.

The Reds took victories in the first two games of this set, winning 6-3 on Monday and 8-5 on Tuesday. In the Wednesday game, Cincinnati took a shutout win 5-0.

Cincinnati logged seven hits in the Wednesday game and scored three runs in the first inning, never looking back. Aquino And Suarez each had two hits, combining for four RBI and four runs.

Over on the Marlins’ side, they’re going with Robert Dugger in the start Thursday. Dugger is 0-1 with a 10.80 ERA and three Ks this year.

Miami could only muster four hits in the Wednesday loss, and no hitter had more than one knock.

Wood has been a little sketchy over his last three starts. In that frame, he’s given up 11 earnest over 15.1 innings on 16 hits and has three straight losses.

As for Dugger, this will be something of a scramble start for the Marlins, as Jordan Yamamoto—who was originally set to pitch here—is now on the IL with a forearm strain.

There’s not a whole lot to like here but I’m leaning Reds.