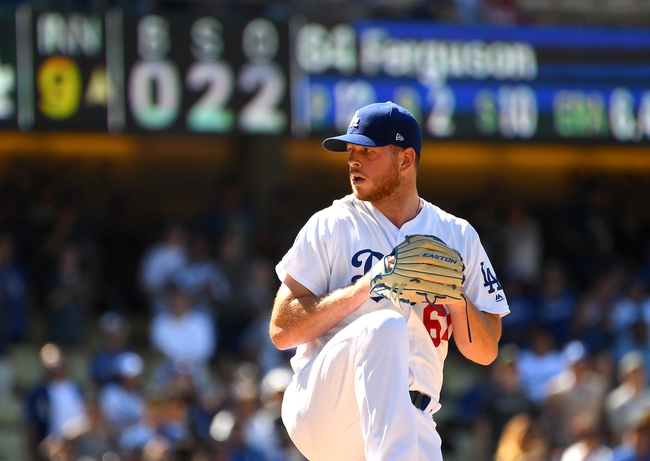 The Los Angeles Dodgers and the Miami Marlins meet in game one of a three game set in MLB action from Marlins Park on Tuesday night.

The Los Angeles Dodgers will look to keep the momentum going after another series victory after winning the rubber match in their series with Arizona by a final score of 9-3 last time out. Justin Turner and Will Smith each had two hits with a home run and threeRBIs with Turner belting a pair of home runs while Smith had a double as well. Cody Bellinger had a solo home run and a double while Joc Pederson added an RBI of his own and Corey Seager went 2 for 4 with a pair of doubles. Matt Beaty, Edwin Rios and Hyun-Jin Ryu each contributed a base hit as well in the victory for L.A. Ryu got the win to improve to 12-2 on the year after tossing seven shutout innings, allowing just five hits while striking out four. Clayton Kershaw will start game one and is 11-2 with a 2.77 ERA and 131 strikeouts this season. In his career, Kershaw is 5-5 with a 2.55 ERA and 92 strikeouts against Miami.

The Miami Marlins will look to rebound after settling for a series split with Atlanta, dropping Sunday’s series finale by a final score of 5-4. Harold Ramirez had a double and two RBIs while Starlin Castro went 4 for 5 with a double and an RBI. Jorge Alfaro added an RBI of his own to round out Miami’s scoring as a team in the loss while Isan Diaz and Garrett Cooper each went 2 for 5 at the dish. Brian Anderson and Lewis Brinson each chipped in base hits as well in the defeat. Hector Noesi took the loss, falling to 0-2 on the year after allowing five runs on four hits while walking three and striking out eight over six innings of work. Jordan Yamamoto will start the opener and is 4-3 with a 4.17 ERA and 55 strikeouts this season. This will be Yamamoto’s second career start against the Dodgers.

Miami and heavy plus money is tempting given the way that the Marlins were competitive against Atlanta over the weekend and the success that Miami has had against the Dodgers recently with Kershaw on the mound, but the problem is that the Marlins struggle on offense more often than not and that won’t work when you have a pitcher in Yamamoto who has allowed four or more runs in each of his last four starts, totalling 19 runs in his last 20 innings of work, including five runs in four innings against these same Dodgers just a couple of weeks ago. Kershaw has given up two runs or less in each of his last six starts and has pretty much owned the NL East over the last few years while the Dodgers are still fighting for the best record in all of baseball right now. I just don’t see Yamamoto being able to match zeroes with Kershaw here, and I don’t think he will be able to stop the Dodgers offensively either, so I’ll side with Los Angeles to draw first blood and to cut down the heavy juice, I’ll take the Dodgers on the RL.