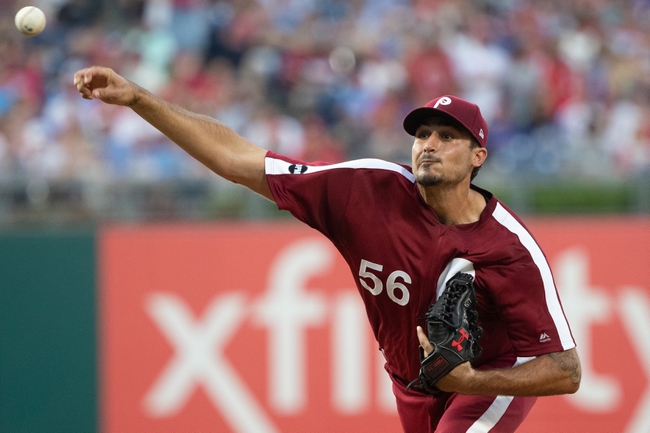 TV: NSPA, FSFL Stream the MLB Game of the Day all season on ESPN+. Sign up now!

The Philadelphia Phillies and the Miami Marlins will continue their MLB series on Saturday.

In the opener of this set on Friday, we had plenty of fireworks as the teams combined for 30 hits. When the dust settled, the Marlins had a 19-11 win.

Philly had a 7-0 lead in the third inning but quickly let it evaporate and couldn’t sustain anything. Jean Segura led the way for Philadelphia with three hits and two runs.

Miami put up a whopping 19 hits to go with their 19 runs on Friday. Berti, Walker and Alfaro each had three hits and combined for six runs and three RBI.

Eflin’s first start out of the pen was decent at best in a no-decision. He went 3.2 innings with seven hits, two walks and two strikeouts against the Padres there.

As for Yamamoto, he’s also been okay but not spectacular, giving up four runs in three straight games before his two earned in Colorado over 5.2 innings his last time up.

This might be a good spot to take the Marlins.