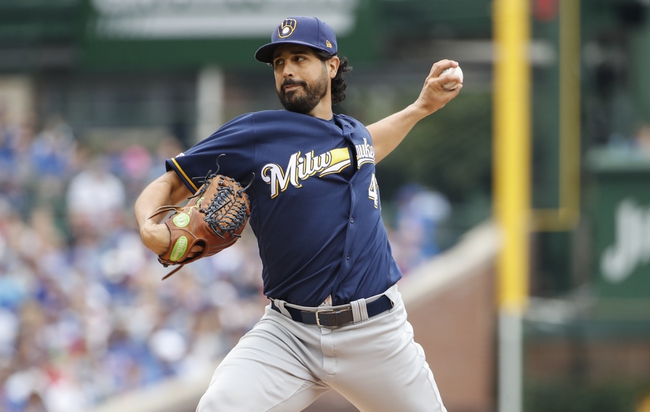 TV: WGN, FSWI Stream the MLB Game of the Day all season on ESPN+. Sign up now!

The Chicago Cubs and the Milwaukee Brewers will meet up on the MLB circuit Saturday.

The Cubs powered out a 10-5 win in the Thursday opener of this set, then on Friday in game two Milwaukee evened it up. The Brewers posted four runs in the third and cruised to a 7-1 win.

Darvish blew up for six earned in 5.1 innings against the Giants last month, but otherwise he has two quality starts in his last three games, giving up one earned in 15.0 innings.

As for Gonzalez, he coughed up seven earned in 5.0 innings against the Cardinals but posted zero earned on zero hits in 3.0 at Wrigley his last time up. Still, I probably trust Darvish a little more right now so I’m going Cubs.