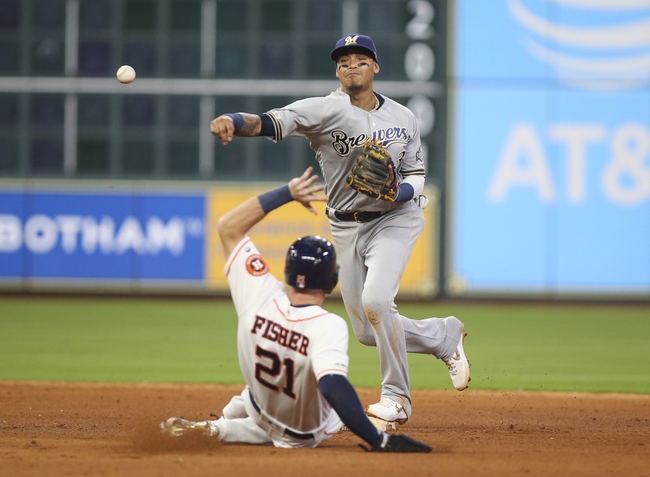 TV: ESPN, FSWI, ATSW Stream the MLB Game of the Day all season on ESPN+. Sign up now!

The Houston Astros and the Milwaukee Brewers will match up on the MLB diamond to kick off their series on Monday.

The Astros are coming off a weekend set against the Blue Jays. After winning Friday 7-4 and falling Saturday 6-4, In the Sunday rubber match Houston’s Justin Verlander tossed a 2-0 no-hitter.

On the Brewers’ side, they just completed a series versus the Cubs. Milwaukee fell 7-1 Friday but won 2-0 in the Saturday game. On Sunday in the finale the Brewers took it 4-0.

Meanwhile, the Brewers are 1-4 in their last five Monday games and 1-5 in the last six in game one of a series. Milwaukee is 2-6 in Houser’s last eight starts and 2-6 in his last eight versus a team with a winning record.

Cole was rolling along nicely on a six-game win streak, but stumbled in a couple spots his last time up. He gave up four earned on six hits in 6.2 innings for a no-decision against the Rays there.

As for Houser, he’s given up just one earned in each of his last four games and is 2-0 in that stretch, so this should be a fun pitching matchup. All things considered I still like the Astros and Cole here though.