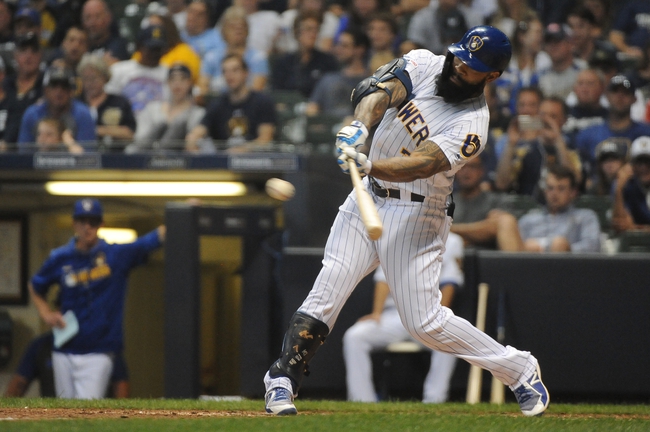 The Pittsburgh Pirates and the Milwaukee Brewers meet in game two of their three game NL Central division set from Miller Park on Saturday.

The Pittsburgh Pirates will look to bounce back after dropping game one on Friday for their seventh straight loss, falling by a final count of 10-1. Adam Frazier’s solo homer was the lone run that the Pirates would plate in the loss, while Bryan Reynolds went 3 for 4 with a triple. Erik Gonzalez and Corban Joseph each had a base hit to finish off Pittsburgh’s offense as the Pirates had just six hits as a team in the losing effort. Steven Brault took the loss, falling to 4-6 on the year after allowing six runs, four earned, on six hits while walking three and striking out six over 5.1 innings of work. James Marvel will start game two and is 0-2 with a 9.00 ERA and 4 strikeouts this season. This will be Marvel’s first career start against Milwaukee.

The Milwaukee Brewers will look to keep their momentum going after a win in game one on Friday. Trent Grisham had a triple and three RBIs while Manny Pina added two RBIs. Ben Gamel, Keston Hiura and Mike Moustakas each added an RBI as well while Ryan Braun and Orlando Arcia each added a double. Chase Anderson, Cory Spangenberg, Eric Thames and Yasmani Grandal each had a base hit as well to finish off Milwaukee’s offense as a team in the winning effort. Anderson got the win on the mound, improving to 7-4 on the year after tossing six shutout innings, giving up just three hits while striking out four over six innings of work. Zach Davies will start game two and is 10-7 with a 3.70 ERA and 98 strikeouts this season. In his career, Davies is 4-5 with a 4.70 ERA and 41 strikeouts against Pittsburgh.

The plus money would be nice to look at, but Pittsburgh’s back to their losing ways where they can’t put runs on the board offensively and the pitching can’t keep runs off of the board either. Marvel’s been a part of that too, as his first career road start went horribly, allowing seven runs in just four innings last time up. That won’t fly against a Brewer team that’s right in the thick of the wild card race and needs wins much more than Pittsburgh does right now. Davies has had his ups and downs, but the Brewers are playing significantly better baseball than the Pirates right now, so I’ll side with Milwaukee for another W and to get rid of the juice, I’ll take Pittsburgh on the RL.