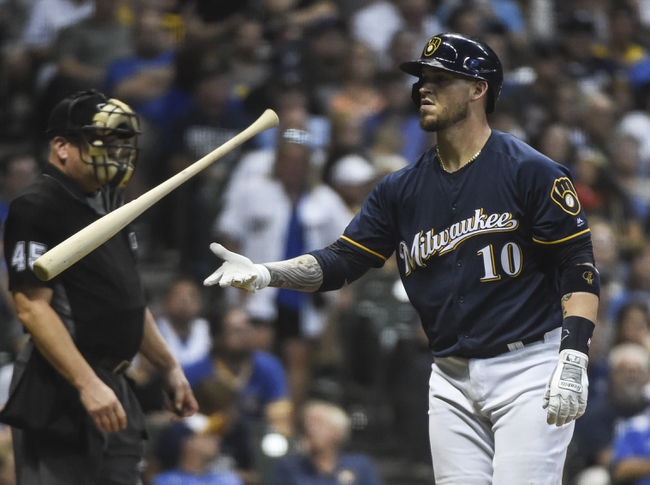 The Pittsburgh Pirates and the Milwaukee Brewers meet in the finale of their three game NL Central division set from Miller Park on Sunday.

The Pittsburgh Pirates will look to bounce back from a second straight 10-1 loss at the hands of the Milwaukee Brewers in their last outing. Adam Frazier and Jose Osuna each went 2 for 3 at the dish while Kevin Kramer and Erik Gonzalez each had a base hit as Pittsburgh had just six hits as a team in the loss. James Marvel took the loss, falling to 0-3 on the year after allowing five runs on six hits while striking out three over 3.1 innings of work. Trevor Williams will start game three and is 7-7 with a 5.59 ERA and 102 strikeouts this season. In his career, Williams is 3-2 with a 2.63 ERA and 38 strikeouts against Milwaukee.

The Milwaukee Brewers will look to complete the sweep after their win in game two on Saturday. Trent Grisham went 3 for 4 with a home run and three RBIs while Keston Hiura had a homer and two RBIs. Ryan Braun and Lorenzo Cain each had a double and two RBIs while Mike Moustakas added an RBI as well to cap off Milwaukee’s scoring as a team in the win. Yasmani Grandal added a base hit to finish off the Brewers’ offense in the victory. Zach Davies allowed just an unearned run on three hits over four innings of work, not factoring in the decision. Brent Suter got the win in relief to improve to 3-0 on the year. Brandon Woodruff will start game three and is 11-3 with a 3.69 ERA and 140 strikeouts this season. In his career, Woodruff is 2-1 with a 5.40 ERA and 28 strikeouts against Pittsburgh.

The plus money is kind of tempting as Williams is probably Pittsburgh’s best chance to steal a win in this series. However, the Pirates have been walloped 20-2 in the first two games of the series, and while Woodruff was on a pitch count, he still showed some solid stuff in just two innings in his first start back off of the IL. The bottom line is that the Brewers simply need this game a whole heck of a lot more than Pittsburgh does and I think the bats keep rolling in a big way, so I’ll side with Milwaukee for the sweep and to cut down the heavy juice, I’ll back the Brewers on the RL.