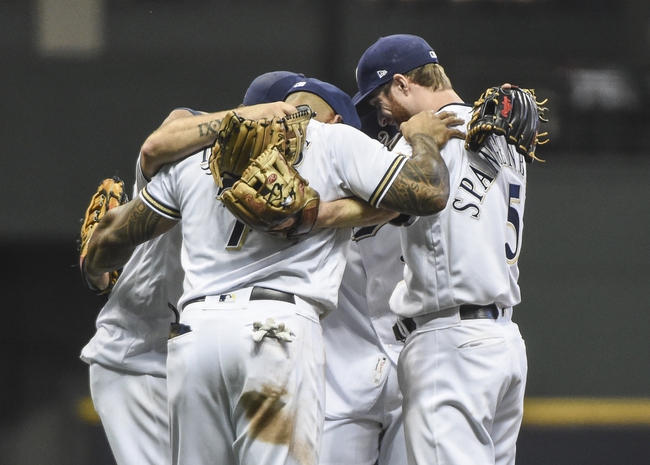 The San Diego Padres need a win to snap a five-game losing streak. The Padres have scored 16 runs in their last three games and three or less runs in five of their last 10 games. The San Diego Padres have lost five of their last seven games when scoring three or less runs. Eric Hosmer leads the Padres with 159 hits and 94 RBI while Manny Machado and Fernando Tatis Jr. have combined for 247 hits and 135 RBI. Chris Paddack gets the ball, and he is 9-7 with a 3.38 ERA and 144 strikeouts this season. This will be Paddack’s first career game against the Brewers.

The Milwaukee Brewers look to stay hot after winning 10 of their last 11 games. The Brewers have scored 17 runs in their last three games and four or more runs in seven of their last nine games. The Milwaukee Brewers have won 10 straight games when scoring at least one run. Christian Yelich leads the Brewers with 161 hits and 97 RBI while Lorenzo Cain and Mike Moustakas have combined for 261 hits and 127 RBI. Brandon Woodruff gets the ball, and he is 11-3 with a 3.75 ERA and 136 strikeouts this season. Woodruff is 0-1 with a 5.63 ERA and seven strikeouts in his career against the Padres.

Paddack has allowed seven hits and zero runs in his last 11.1 innings, and he has a 3.65 ERA and .226 allowed batting average on the road. Woodruff hasn't pitched since July due to an oblique injury, so he'll be on a pitch count and have Gio Gonzalez follow up. No matter the pitching matchup, the Brewers have been one of the hotter teams in baseball these past two weeks and need to keep winning to improve their postseason odds. Motivation is key at this point in the season. I'll take the Brewers at home and the cheap price.