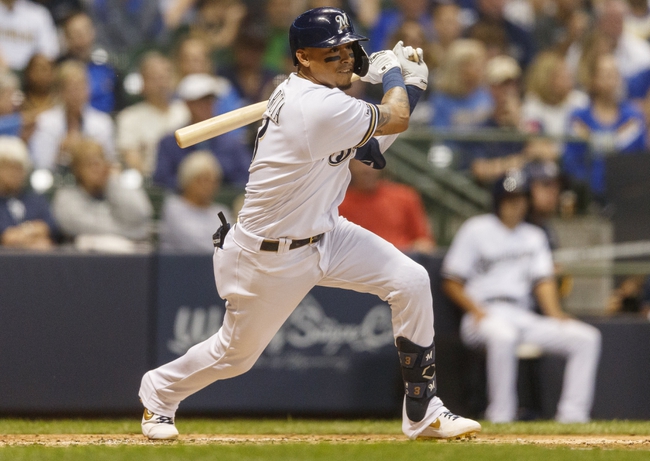 TV: FS-San Diego, FS-Wisconsin Stream the MLB Game of the Day all season on ESPN+. Sign up now!

The San Diego Padres and the Milwaukee Brewers meet in the finale of their four game set in MLB action from Miller Park on Thursday.

The San Diego Padres will look to salvage a series split after taking game three by a final score of 2-1 on Wednesday. Seth Mejias-Brean had a home run and both San Diego RBIs while Francisco Mejia went 2 for 4 and Eric Hosmer added a double. Dinelson Lamet, Nick Martini, Greg Garcia and Travis Jankowski each had a base hit to finish off San Diego’s offense as a team in the winning effort. Lamet got the win on the bump, improving to 3-5 on the year after allowing one run on three hits while walking three and striking out 14 over six innings of work. Kirby Yates closed out the 9th for his 41st save of the season. Joey Lucchesi will start game four and is 10-8 with a 4.22 ERA and 145 strikeouts this season. In his career, Lucchesi is 1-0 with a 2.31 ERA and 6 strikeouts against Milwaukee.

The Milwaukee Brewers will look to bounce back and win the series after dropping game three on Wednesday. Keston Hiura had a solo home run while Ben Gamel and Orlando Arcia each had a base hit as the Brew Crew had just three hits as a team in the losing effort. Adrian Houser took the loss, falling to 6-7 on the year after allowing two runs on three hits while striking out five over five innings of work. Jordan Lyles will start game four and is 11-8 with a 4.25 ERA and 131 strikeouts this season. In his career, Lyles is 3-4 with a 5.02 ERA and 42 strikeouts against San Diego.

The Padres took game three and the plus money is tempting for the possibility of a split for some confidence heading towards next season. However, this game means so much more to Milwaukee who are in the thick of the wild card race. Lyles has also turned his season completely around since joining the Brewers, and Milwaukee’s won Lyles’ last six starts with Lyles owning a 1.46 ERA at home since being traded. Lucchesi’s a solid arm for the Padres, but he has an ERA over six on the road this season and with Lyles on the other side, I just can’t go against Milwaukee here. I’ll lay the juice with the Brewers for the win on Thursday.