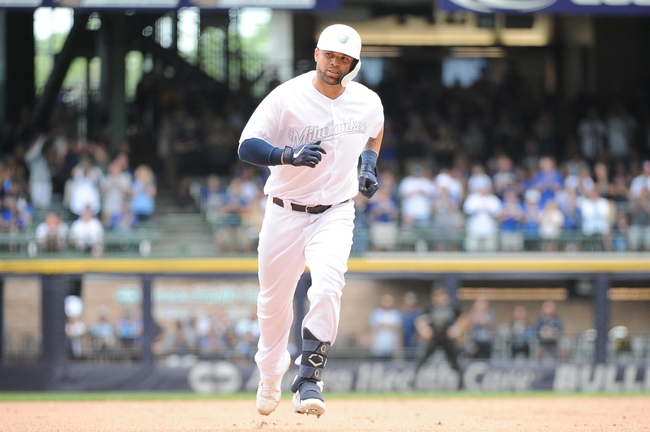 The St. Louis Cardinals and the Milwaukee Brewers meet in game one of a three game NL Central division set in MLB action from Miller Park on Monday.

The St. Louis Cardinals will look to stay hot after winning four straight, seven of their last eight and 13 of their last 16 games following a four game sweep of Colorado with an 11-4 win in Sunday’s series finale. Dexter Fowler had a double and three RBIs while Tommy Edman, Paul Goldschmidt and Matt Carpenter each had two RBIs with Carpenter going 3 for 4 with a home run while Edman and Goldschmidt each doubled. Yadier Molina and Lane Thomas each had an RBI to round out the Cardinals’ scoring as a team in the win while Marcell Ozuna tripled. Paul DeJong, Harrison Bader and Michael Wacha each chipped in a base hit to finish off St. Louis’ offense as a team in the victory. Michael Wacha allowed three runs on six hits while striking out seven over 4.2 innings of work, not factoring in the decision. Ryan Helsley got the win to improve to 1-0 on the year. Adam Wainwright will get the start on Monday and is 9-9 with a 4.51 ERA and 126 strikeouts this season. In his career, Wainwright is 16-10 with a 2.48 ERA and 207 strikeouts against Milwaukee.

The Milwaukee Brewers will look to bounce back after failing to complete the sweep of the Diamondbacks with a 5-2 loss in Sunday’s series finale. Manny Pina had a solo home run while Ryan Braun went 2 for 3 with a double and an RBI to finish off Milwaukee’s scoring as a team in the defeat. Christian Yelich went 2 for 5 while Keston Hiura and Cory Spangenberg each doubles to cap off Milwaukee’s offense as a team in the losing effort. Zach Davies took the loss, falling to 8-7 after allowing four runs on four hits while striking out three over four innings of work. Gio Gonzalez will start game one and is 2-1 with a 3.64 ERA and 53 strikeouts this season. In his career, Gonzalez is 3-4 with a 3.11 ERA and 60 strikeouts against St. Louis.

I can understand Milwaukee being favored as the only loss during this recent hot stretch came with Wainwright on the mound against Milwaukee, with Wainwright allowing five runs in five innings. However, Wainwright hasn’t been terrible otherwise, and the Cardinals are the much hotter of the two teams right now and are playing themselves into a good position to take the division title. I think the value is too good to pass on with St. Louis here, so I’ll take a stab at the Cardinals and the plus money on Monday.