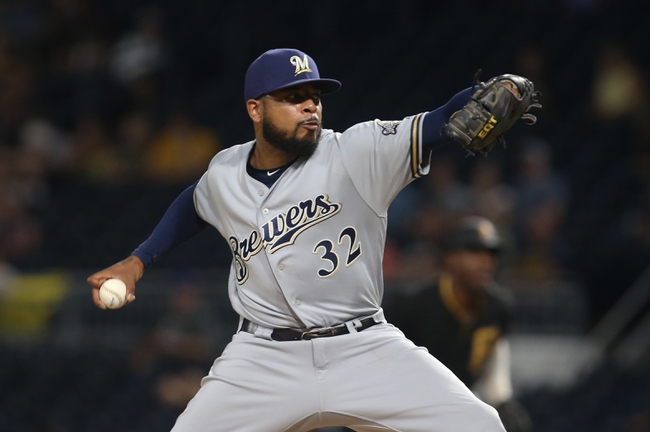 TV: FS-Southwest, FS-Wisconsin Stream the MLB Game of the Day all season on ESPN+. Sign up now!

The Texas Rangers and the Milwaukee Brewers meet in game one of a three game interleague set in MLB action from Miller Park on Friday.

The Texas Rangers will look to rebound after dropping the rubber match of their series with Cleveland by a final score of 5-1 on Wednesday. Willie Calhoun went 2 for 3 with a solo home run to make up the lone RBI for Texas in the losing effort while Shin-Soo Choo and Isiah Kiner-Falefa each had a base hit as the Rangers mustered up just four hits as a team in the loss. Lance Lynn took the loss, falling to 14-7 on the year after allowing two runs, one earned, on four hits while walking three and striking out eight over seven innings of work. Kolby Allard will be making his regular season debut here after going 1-1 with a 12.38 ERA and 3 strikeouts for Atlanta last season. This will be Allard’s first career start against Milwaukee.

The Milwaukee Brewers will look to build up some steam after earning a three game sweep of Pittsburgh with an 8-3 win in the series finale last time out. Keston Hiura went 3 for 4 with a pair of home runs, a double and three RBIs while Eric Thames and Lorenzo Cain each had two RBIs and Ben Gamel added an RBI to finish off Milwaukee’s scoring as a team in the win. Ryan Braun had a triple while Trent Grisham and Mike Moustakas each chipped in a double. Yasmani Grandal and Orlando Arcia each had a base hit to round out Milwaukee’s offense as a etam in the victory. Drew Pomeranz allowed one run over three innings of work in the start, not factoring in the decision, while Junior Guerra got the win to improve to 5-3 on the year. Gio Gonzalez will start the opener and is 2-1 with a 3.35 ERA and 40 strikeouts this season. In his career, Gonzalez is 4-2 with a 2.44 ERA and 47 strikeouts against Texas.

Gonzalez hasn’t recorded a win since coming off of the DL, which is three starts now, but the Brewers are still hanging around in the wild card race and are in a better spot than Texas who are watching their season crumble. I’m also not a fan of backing pitchers making their regular season debut midway through the year, but even more so when Allard is the starting pitcher as the guy simply wasn’t good in a limited sample size with Atlanta last year. In three appearances spanning eight innings, Allard allowed 12 runs, 11 of which were earned. I just have side with the Milwaukee as more of a fade from Allard than anything else in this spot.