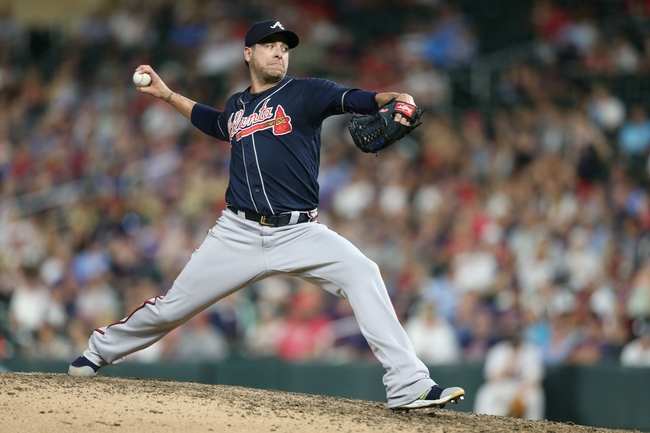 TV: FS-North, FS-Southeast Stream the MLB Game of the Day all season on ESPN+. Sign up now!

The Atlanta Braves and the Minnesota Twins meet in the rubber match of their three game interleague series in MLB action from Target Field on Wednesday.

The Atlanta Braves will look to win the series after evening the set up at one win apiece following a 12-7 win in game two on Tuesday. Freddie Freeman went 3 for 5 with a home run and four RBIs while Brian McCann had three RBIs. Ronald Acuna Jr. and Ozzie Albies each had two RBIs with Albies going 4 for 6 with a triple while Acuna Jr. went 3 for 5 with a home run. Josh Donaldson had a double and Ender Inciarte went 2 for 5 at the dish while Charlie Culberson added a base hit to cap off Atlanta’s offense as a team in the win. Mike Foltynewicz got the win to improve to 3-5 on the year after allowing three runs on five hits while striking out seven over 5.1 innings of work. Max Fried will start the finale and is 12-4 with a 4.07 ERA and 112 strikeouts this season. This will be Fried’s first career start against Minnesota.

The Minnesota Twins will look to bounce back after dropping game two on Tuesday. Nelson Cruz had a pair of home runs and four RBIs while Mitch Garver had a home run and two RBIs and Eddie Rosario went 2 for 5 with a solo home run to round out Minnesota’s scoring as a team in the defeat. Max Kepler, Jake Cave and Miguel Sano each recorded base hits as well in the losing effort for the Twins. Jose Berrios took the loss, falling to 10-6 on the year after allowing nine runs on nine hits while walking four and striking out seven over 5.2 innings of work. Martin Perez will start game three and is 8-4 with a 4.58 ERA and 100 strikeouts this season. This will be Perez’s first career start against Atlanta.

The Twins and a low line at home is tempting given the fact that the Twins are on a solid run right now, but Perez has been shaky for a bit, giving up four runs or more in eight of his last 11 starts. There could be some worry that Fried is starting to wear down with this being his first season with such a heavy workload, but he’s gone 7-1 in 11 starts on the road this season and Atlanta came out firing in a big way on Tuesday, so I’ll take a shot with the Braves for the series victory on Wednesday.