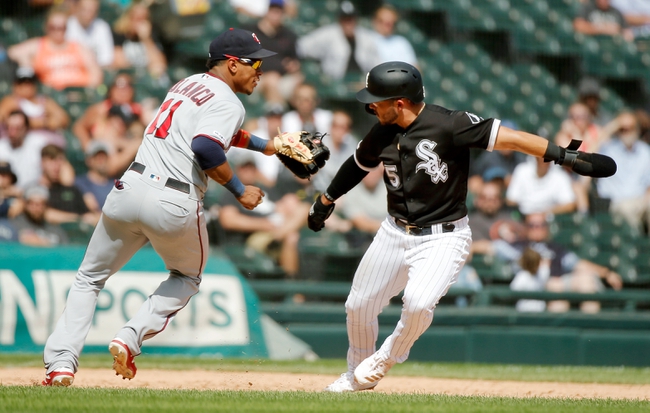 TV: WGN, FSN Stream the MLB Game of the Day all season on ESPN+. Sign up now!

The Chicago White Sox and the Minnesota Twins will match up on the MLB diamond to kick off their series on Monday.

The White Sox are coming out of a series versus the Mariners over the weekend. After splitting the first two games 9-7 (win) and 2-1 (loss), in the Sunday rubber match the Sox fell 11-10.

For the Monday game, the Sox will send out Reynaldo Lopez in the start. Across a 9-13 record and a 5.35 ERA, Lopez has 155 strikeouts so far this year.

Over on the Twins’ side, they’re coming off a set versus the Indians. Minnesota took both games of the Saturday doubleheader 2-0 and 9-5. In the Sunday matchup of that series, the Twins lost 7-5.

Berrios has been solid overall for most of the year but he’s had some choppy outings lately. In two of his last four starts, Berrios has logged a combined three earned on nine hits in 13.0 innings (both wins). In the other two, he’s given up 11 earned in 10.1 innings (both losses).

If he can get a bit of a cushion from the Twins offense I like Berrios to get another victory here. I’m going Minnesota in the opener.