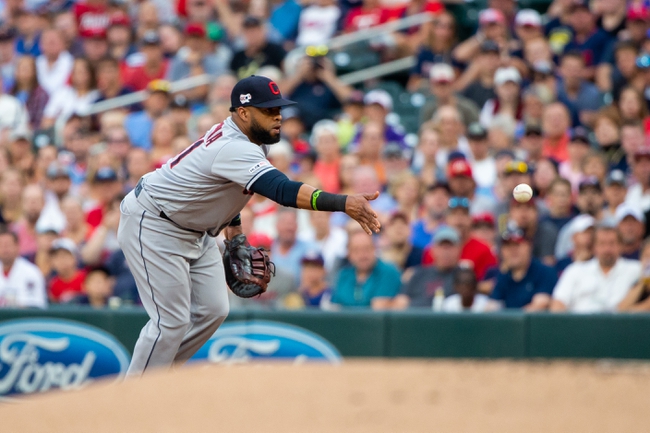 TV: FSN, STOH Stream the MLB Game of the Day all season on ESPN+. Sign up now!

The Cleveland Indians and the Minnesota Twins will continue their MLB series on Saturday.

In the Thursday opener, the Indians powered out a 7-5 win. On Friday, Cleveland kept it going 6-2. The Indians drilled in five runs in the fifth inning to take the victory.

For the Saturday game, the Indians will be sending out Adam Plutko in the start. Across 59.1 innings and a 4-2 record this year, Plutko has a 4.55 ERA with 36 Ks and nine walks.

Plutko has been solid over his last three starts, giving up a total of five earned runs on 14 hits in the span of 17.2 innings. He’s 1-1 during that stretch.

As for Odorizzi, he was pummeled by the Yankees July 24 but since has surrendered just two earned in 11.2 innings on nine hits in two starts.

This should be a pretty good pitching battle and a tight game. I’m siding with Plutko and the Indians here as the team seems to play well behind him, but you could make a case either way.