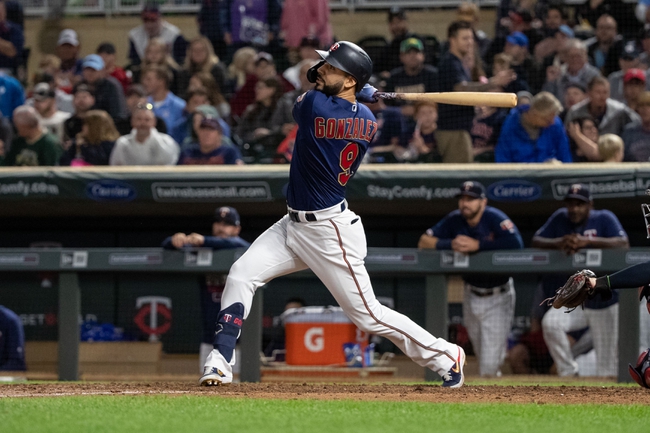 TV: FS-North, SportsTime Ohio Stream the MLB Game of the Day all season on ESPN+. Sign up now!

The Cleveland Indians and the Minnesota Twins meet in the finale of their four game AL Central division set in MLB action from Target Field on Sunday.

The Cleveland Indians will look to win the series after dropping game three on Saturday by a final score of 4-1. Yasiel Puig went 3 for 4 with a solo home run and a double while Francisco Lindor and Greg Allen each had a double as well. Carlos Santana, Jason Kipnis and Tyler Naquin each had a base hit to cap off Cleveland’s offense as a team in the defeat. Adam Plutko took the loss, falling to 4-3 on the year after giving up four runs on nine hits over six innings of work. Aaron Civale will start the finale and is 1-1 with a 0.75 ERA and 13 strikeouts this season. This will be Civale’s first career start against Minnesota.

The Minnesota Twins will look to earn a series split following their game three victory on Saturday. Max Kepler and Marwin Gonzalez each had a solo home run while Luis Arraez added a triple and an RBI and C.J. Cron chipped in an RBI as well in the victory. Jorge Polanco and Ehire Adrianza each had two hits while Mitch Garver added a double to round out Minnesota’s offense as a team in the winning effort. Jake Odorizzi got the win to improve to 13-5 on the year after tossing 5.2 shutout innings, giving up just six hits while walking four and striking out six. Taylor Rogers closed out the final two innings for his 18th save of the season. Jose Berrios will start the finale and is 10-6 with a 3.24 ERA and 140 strikeouts this season. In his career, Berrios is 5-2 with a 3.86 ERA and 54 strikeouts against Cleveland.

Civale has been lights out to start his major league career, but those starts came against Texas and Detroit, two teams that have been struggling mightily on offense lately. This will also be Civale’s first career start on the road, and I’m not sure that I’d want to have a rookie on the mound in such a high stakes situation as this series finale is with this being the tightest division race in the majors right now. Minnesota turned things around on Saturday and now get their ace on the mound who has allowed just four earned runs in 18.2 innings across three starts against the Indians this season. I’ll lay the juice with Minnesota for the series split on Sunday.