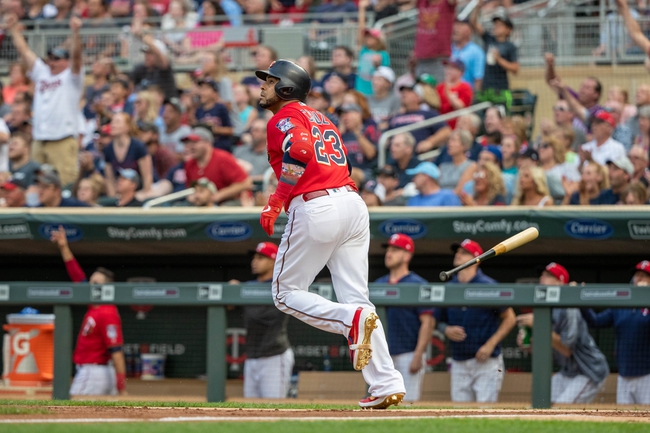 TV: FSKC, FSN Stream the MLB Game of the Day all season on ESPN+. Sign up now!

The Kansas City Royals and the Minnesota Twins will match up on the MLB diamond Saturday to continue their series.

In the opener of this set on Friday, the Twins scored five runs in the seventh inning and held on for an 11-9 win.

Minnesota logged 11 hits Friday during the win. Nelson Cruz was a star hitter for the Twins on a 3-for-4 line, five RBI, a homer and two runs.
The Royals are 6-17 in their last 23 in game two of a series and 2-11 in their last 13 Saturday games. KC is 4-0 in Duffy’s last four starts and 2-5 in his last seven Saturday starts.

Meanwhile, the Twins are 10-3 in their last 13 in game two of a series and 9-0 in Gibson’s last nine starts with five days’ rest. Minnesota is 5-1 in Gibson’s last six Saturday starts and 5-2 in his last seven starts.

Duffy had a pretty good run of starts going last month, where he put up five quality outings in a six-game span. His last start was okay with four earned on seven hits in 6.0 innings versus the Indians, another win.

As for Gibson, he has two quality starts in his last three outings, with the outlier being five earned in 5.0 innings versus the Yankees.

This looks like a nice pitching matchup, but I’m taking the Twins to eke one out here.