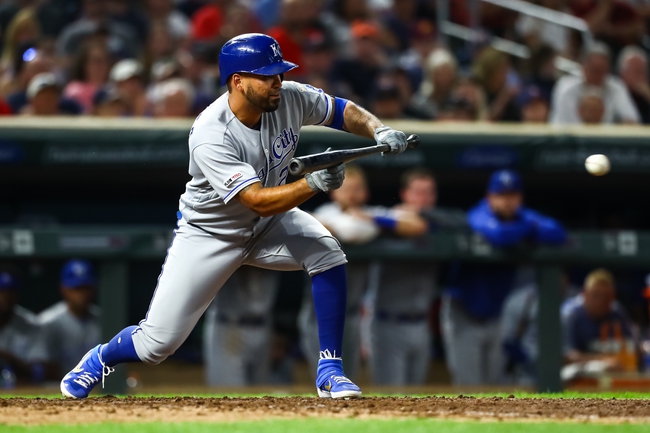 TV: FS-Kansas City, FS-North Stream the MLB Game of the Day all season on ESPN+. Sign up now!

The Kansas City Royals and the Minnesota Twins meet in the finale of their four game AL Central division set in MLB action from Target Field on Sunday.

The Kansas City Royals will look to earn a series split after taking game three on Saturday with a 12-5 win in game three. Ryan O’Hearn and Chselor Cuthbert each had a home run and three RBIs with O’Hearn going 3 for 4 with a double as well. Adalberto Mondesi, Jorge Soler, Alex Gordon, Ryan McBroom, Erick Mejia and Melbrys Viloria each had an RBI to round out KC’s scoring as a team in the win with Soler and Mondesi each adding a double with Soler going 3 for 5 at the plate. Hunter Dozier added a pair of base hits as well in the winning effort for the Royals. Glenn Sparkman allowed five runs, four earned, on seven hits while striking out four over four innings of work. Randy Rosario got the win in relief to improve to 2-0 on the year. Jorge Lopez will start game four and is 4-8 with a 5.93 ERA and 106 strikeouts this season. In his career, Lopez is 2-0 with a 3.15 ERA and 10 strikeouts against Minnesota.

The Minnesota Twins will look to rebound and win the series after dropping game three on Saturday. LaMonte Wade Jr. went 2 for 3 with a solo home run and a triple while Luis Arraez also had two hits and an RBI, pitching in a double as well. Nelson Cruz and Miguel Sano each went 2 for 4 with an RBI while Willians Astudillo added an RBI as well in the loss. Jason Castro chipped in a base hit as well to finish off the Twins’ offense. Jose Berrios allowed five runs on eight hits while striking out five over six innings of work, not factoring in the decision. Taylor Rogers took the loss in relief to fall to 2-4 on the year. Martin Perez will start game four and is 10-7 with a 4.92 ERA and 129 strikeouts this season. In his career, Perez is 1-1 with a 4.46 ERA and 21 strikeouts against Kansas City.

The plus money with Kansas City is tempting as Lopez has pitched better lately, and Saturday showed us that the Royals can produce some offense, as they already have against Perez this season, with Perez allowing five runs in five innings in his last start at home against the Royals. However, Lopez is still hard to trust and the Twins still have some definite pop in their bats. I think with a sketchy pitching matchup, rather than try to pick a side, I’ll side with the over as a safer bet.