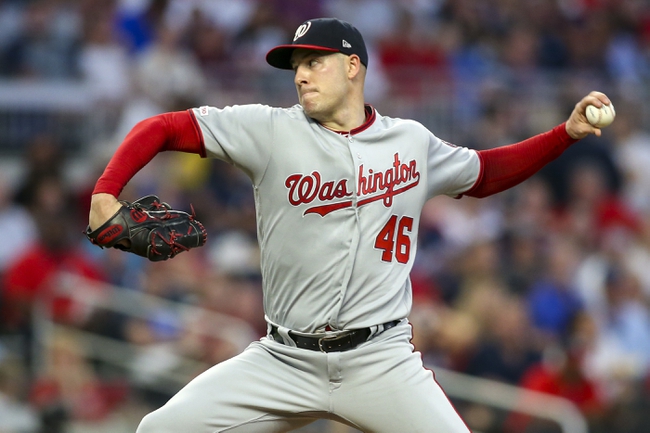 TV: MAS2, FSN Stream the MLB Game of the Day all season on ESPN+. Sign up now!

The Washington Nationals and the Minnesota Twins will meet up to finish their MLB series on Thursday.

The Twins bagged a 5-0 victory in the Tuesday opener of this set, then on Wednesday the Nationals jumped on the gas pedal early, streaking to a 5-0 lead in the third inning. Minnesota fought back with two runs in the bottom of that frame but that’s all they could muster. Washington ended up with a 6-2 win.

Corbin has been on a really nice roll over his last six starts. he’s only given up three earned once in that stretch, and has five quality starts—but just a 2-2 record.

As for Gibson, he’s been hit and miss lately but has won his last two outings. I think the Nationals have a decent shot at closing this series out with a win.