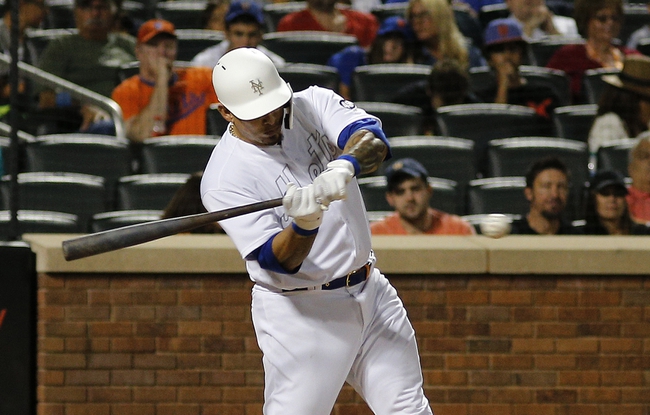 TV: FS-South Stream the MLB Game of the Day all season on ESPN+. Sign up now!

The Atlanta Braves and the New York Mets meet in the finale of a three game NL East division set in MLB action from Citi Field on Sunday.

The Atlanta Braves will look to complete the sweep and add to their winning streak which currently sits at seven games following a 9-5 win in game two on Saturday. Francisco Cervelli made an impact for his new team, going 3 for 5 with a pair of doubles and three RBIs while Ronald Acuna Jr. had two RBIs. Ozzie Albies, Freddie Freeman and Josh Donaldson each had a solo home run while Rafael Ortega went 2 for 5 with an RBI to cap off Atlanta’s scoring as a team in the win. Billy Hamilton added a base hit to finish off the Braves’ offense as a team in the victory. Max Fried allowed five runs on seven hits while striking out five over five innings of work. Josh Tomlin got the win in relief to improve to 2-1 on the year. Dallas Keuchel will start game three and is 4-5 with a 4.14 ERA and 60 strikeouts this season. This will be Keuchel’s second career start against the Mets.

The New York Mets will look to salvage a win and avoid the sweep after dropping game two on Saturday. Pete Alonso had a home run and three RBIs while Amed Rosario and Joe Panik each contributed an RBI to round out the Mets’ scoring as a team in the loss. Juan Lagares and Jeff McNeil each had two hits with a double with Lagares adding a pair of doubles. Wilson Ramos went 2 for 4 while Michael Conforto added a base hit as well in the defeat to cap off the Mets’ offense. Zack Wheeler allowed five runs, four earned, on five hits while walking four and striking out three over six innings of work, not factoring in the decision. Brad Brach took the loss, falling to 4-4 on the year in relief. Steven Matz will start the finale and is 8-7 with a 4.18 ERA and 116 strikeouts this season. In his career, Matz is 5-1 with a 3.39 ERA and 47 strikeouts against Atlanta.

The Mets and a low line is definitely worth a look as Matz has had solid career numbers against the Braves, has been a better pitcher at home than on the road, and has allowed two earned runs or less in six of his seven starts since rejoining the rotation. Keuchel has also struggled mightily on the road this season, allowing 17 runs, 16 earned, in 14.2 innings across his last three starts on the road. However, Atlanta is red hot right now and a sweep here would not only put more distance between them and the Nationals/Mets in the division race, but it starts to send a message to the rest of the National League that this team is for real. I’ll take a shot with Atlanta as an underdog for the sweep on Sunday in a game that’s probably better to just watch rather than try to bet.