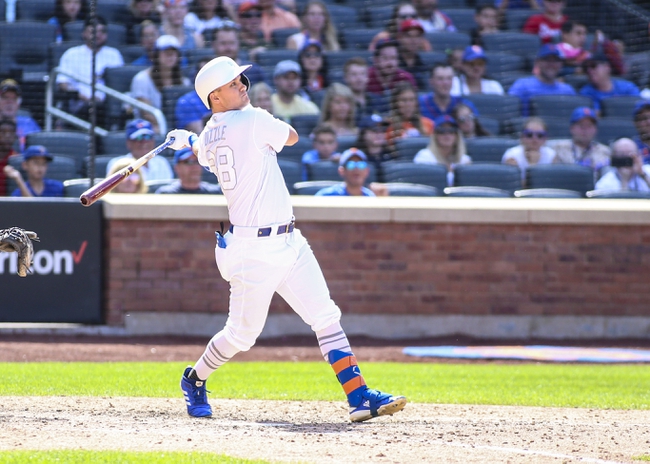 The Atlanta Braves and the New York Mets meet in game one of a three game NL East division set in MLB action from Citi Field on Friday.

The Atlanta Braves will look to build some momentum to head into the postseason after earning a split with Kansas City, taking Wednesday’s series finale by a final score of 10-2 on Wednesday. Josh Donaldson went 3 for 6 with three doubles and four RBIs while Dansby Swanson went 4 for 6 with a double and two RBIs and Ozzie Albies added two RBIs of his own in the victory. Nick Markakis went 2 for 4 with an RBI and Adam Duvall added an RBI as well to cap off Atlanta’s scoring as a team in the victory. Matt Joyce, Austin Riley and Tyler Flowers each added a base knock to finish off Atlanta’s offense as a team in the win. Luke Jackson got the win in relief to improve to 9-2 on the year as a result. Dallas Keuchel will start game one and is 8-7 with a 3.59 ERA and 87 strikeouts this season. In his career, Keuchel is 1-0 with a 0.00 ERA and 14 strikeouts against the Mets.

The New York Mets will look to finish strong after settling for a series split with Miami following a 4-2 loss in Thursday’s series finale. Brandon Nimmo had a double and an RBI while Zack Wheeler had an RBI as well in the defeat to cap off New York’s scoring. Luis Guillorme went 2 for 4 while Todd Frazier added a base hit to finish off the Mets’ offense as New York had just five hits as a team in the loss. Wheeler gave up three runs on five hits while striking out ten over eight innings of work, taking the loss to fall to 11-8 on the year. Marcus Stroman will start game one and is 9-13 with a 3.23 ERA and 151 strikeouts this season. In his career, Stroman is 3-0 with a 1.50 ERA and 16 strikeouts against Atlanta.

I honestly think you could make a case for either side as both starters have strong numbers against the opposition. However, we’re getting the better price with an Atlanta team headed to the postseason that needs a couple of wins to build some momentum heading into the ALDS. Keuchel has had issues on the road, but he’s stifled the Mets, throwing 13 shutout innings against New York this season. Stroman’s been solid against Atlanta in his own right, but he’s been up and down since joining the Mets and I just feel that Atlanta holds a lot of value here.