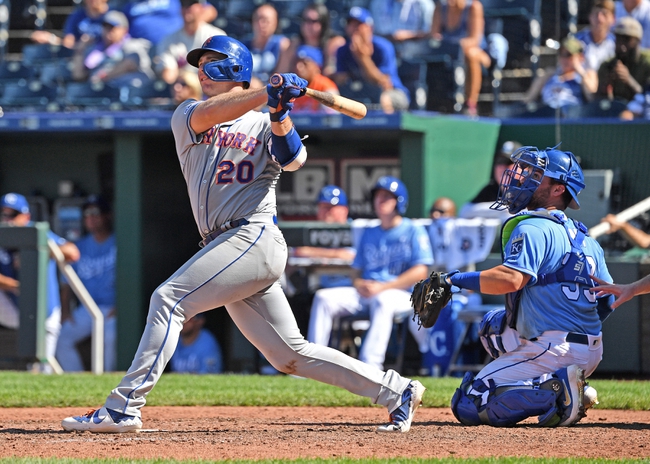 The Cleveland Indians and the New York Mets meet in game one of a three game interleague set in MLB action from Citi Field on Tuesday.

The Cleveland Indians will look to build some momentum after salvaging a series split with the Yankees following an 8-4 win in Sunday’s series finale. Oscar Mercado and Mike Freeman each went 3 for 4 with a home run and three RBIs with Freeman adding a pair of doubles. Francisco Lindor added a solo home run while Greg Allen chipped in an RBI to round out Cleveland’s scoring as a team in the win. Carlos Santana, Franmil Reyes, Roberto Perez and Jason Kipnis each contributed a base hit to finish off Cleveland’s offense in the winning effort. Mike Clevinger got the win to improve to 8-2 on the year after tossing five shutout innings, allowing just three hits while striking out ten. Shane Bieber will start game one and is 12-5 with a 3.27 ERA and 200 strikeouts this season. This will be Bieber’s first career start against the Mets.

The New York Mets will look to build up some momentum after winning their series with Kansas City over the weekend, taking Sunday’s rubber match by a final score of 11-5. Michael Conforto went 2 for 4 with a home run and four RBIs while Amed Rosario wwent 3 for 5 with a double and three RBIs. Pete Alonso went 3 for 4 with a home run, a double and two RBIs while Wilson Ramos and J.D. Davis each contributed an RBI to cap off the Mets’ scoring as a team in the victory. Joe Panik went 3 for 5 with a triple and Tomas Nido went 2 for 4 with a pair of doubles. Todd Frazier chipped in a double to sum up New York’s offense in the win. Zach Wheeler allowed four runs, three earned, on four hits over five innings of work, not factoring in the decision. Jeurys Familia got the win to improve to 4-1 on the year in relief. Steven Matz will start game one and is 7-7 with a 4.33 ERA and 109 strikeouts this season. This will be Matz’s second career start against Cleveland.

New York has been on fire for the most part over the last month, especially at home and Matz is a solid play at home where the Mets have won 9 of his last 11 starts at Citi Field. The Mets are also in the hunt for the Wild Card so they need as many wins as they can get right now. However, the Mets haven’t had much luck with Matz on the bump, splitting his last six starts even though Matz has allowed two runs or less in five of those six outings. Cleveland has been a tough out with Bieber on the road since he’s been in the majors, and 8 of Bieber’s 12 wins this season have come on the road. Cleveland has been playing with confidence ever since firing themselves back into the division race over the last couple of months, and I think their confidence carries them to a win in the opener on Tuesday.