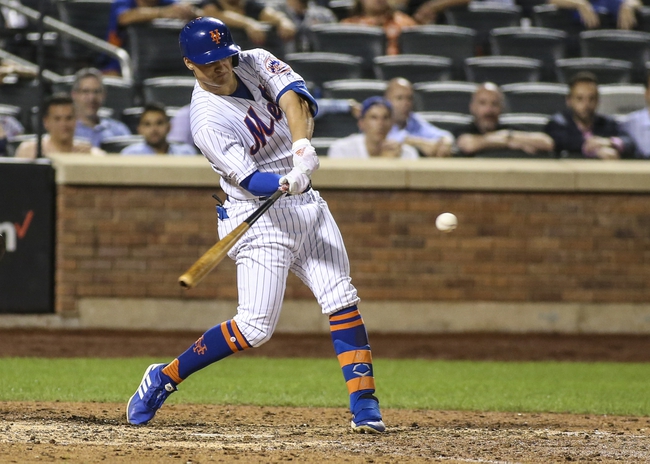 The Cleveland Indians and the New York Mets meet in the finale of a three game interleague set in MLB action from Citi Field on Thursday night.

The Cleveland Indians will look to salvage a win and avoid the sweep after dropping the first two games of the series following a 4-3 loss in game two on Wednesday. Carlos Santana and Jose Ramirez each went 2 for 4 with an RBI with Santana putting up a solo home run and a double while Ramirez added a triple. Yasiel Puig added an RBI to finish off the Tribe’s scoring as a team in the loss. Tyler Naquin went 2 for 4 while Francisco Lindor, Greg Allen and Jason Kipnis each contributed base hits as well in the defeat. Adam Plutko allowed two runs on four hits while striking out five over six innings of work, not factoring in the decision. Brad Hand took the loss in relief, falling to 6-4 on the year. Aaron Civale will start the finale and is 1-2 with a 1.50 ERA and 22 strikeouts this season. This will be Civale’s first career start against the Mets.

The New York Mets will look to complete the sweep after taking game two on Wednesday. Juan Lagares and Luis Guillorme each had a double and an RBI with Lagares going 2 for 3 while Michael Conforto and J.D. Davis each had an RBI as well in the victory. Joe Panik went 2 for 4 and Amed Rosario added a double while Wilson Ramos and Todd Frazier each had a base hit as well in the winning effort. Marcus Stroman allowed one run on five hits over four innings of work, not factoring in the decision. Luis Avilan got the win to improve to 4-0 on the year in relief. Noah Syndergaard will start game three and is 8-6 with a 3.86 ERA and 151 strikeouts this season. This will be Syndergaard’s first career start against Cleveland.

Plus money with the Indians and Civale is tempting given that the rookie has been solid in his first four career starts, allowing four runs in 24 inings of work, going six innings in each of his first four starts. However, the Mets have been the better team in the first two games of the series and have one of their better pitchers on the mound for the finale in Syndergaard who has allowed two runs or less in six of his last seven starts. The Mets are getting a pretty good price given their recent winning ways, so I’ll lay the juice with the Mets for the sweep here.