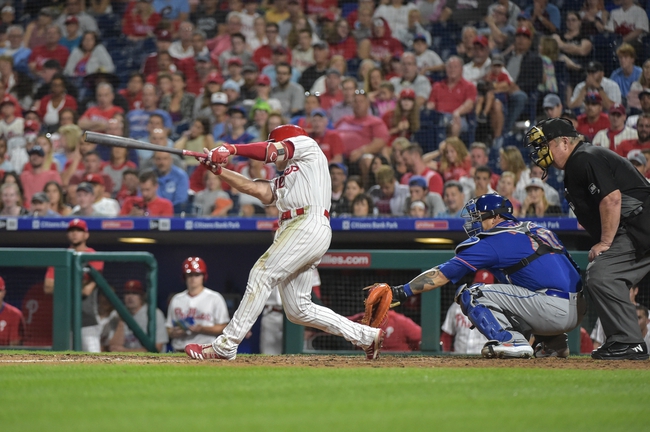 The Philadelphia Phillies and the New York Mets will meet up on the MLB diamond Friday to kick off their series.

Philadelphia is coming out of a series versus the Reds. Philly took the first pair of games in that set 7-1 and 6-2 but lost Wednesday 8-5. On Thursday, Philadelphia fell in a tough one 4-3.

Over on the Mets’ side, they’re coming off a set versus the Nationals. New York fell on Tuesday in a tough one 11-10 but won the other pair of games 7-3 (Monday) and 8-4 (Wednesday) to take the series.

Eflin is sitting on a pair of quality starts, posting a total of three earned in 13.0 innings on nine hits. His most recent outing was a no-decision against the Mets.

As for Matz, he’s got four quality starts in his last five games and hasn’t given up more than two earned in any of those five. I like Matz to keep it going here and help New York get an opener victory.