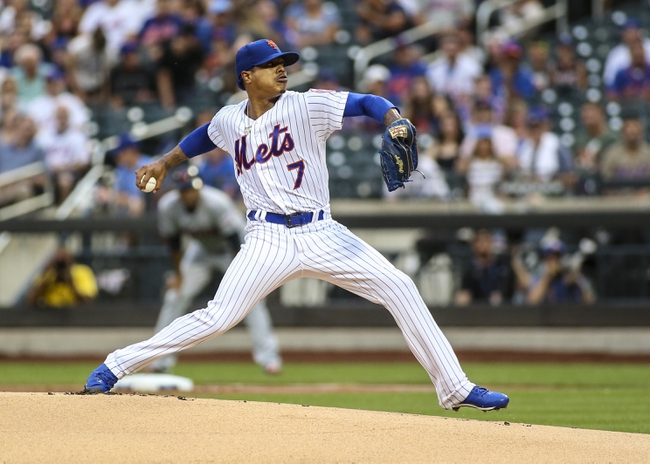 TV: FS-1, SNY Stream the MLB Game of the Day all season on ESPN+. Sign up now!

The Philadelphia Phillies and the New York Mets meet in game two of their three game NL East division set from Citi Field on Saturday.

The Philadelphia Phillies will look to rebound after dropping game one of the series on Friday by a final score of 5-4. J.T. Realmuto went 2 for 5 with a home run, a double and three RBIs while Maikel Franco added an RBI as well to cap off Philadelphia’s scoring as a team in the loss. Jean Segura went 3 for 5 with a pair of doubles while Corey Dickerson added a two-bagger of his own and Jose Pirela had a base hit to finish off Philly’s offense in defeat. Zach Eflin allowed two runs on six hits while striking out six over five innings of work, not factoring in the decision, while Mike Morin took the loss, falling to 1-2 on the year in relief. Drew Smyly will start game two and is 3-6 with a 6.65 ERA and 98 strikeouts this season. This will be Smyly’s first career start against the Mets.

The New York Mets will be looking to build some steam after opening the series with a victory on Friday. Pete Alonso had two RBIs while Michael Conforto added a solo home run and Wilson Ramos and Jeff McNeil added an RBI as well in the winning effort. Robinson Cano, Amed Rosario, Todd Frazier, Juan Lagares, Steven Matz and J.D. Davis each had a base hit to finish off New York’s offense as no Met had more than one hit in the victory. Steven Matz allowed two runs on six hits while walking three and striking out four over 5.2 innings of work, not factoring in the decision. Edwin Diaz got the win in relief to improve to 2-7 on the year. Marcus Stroman will start game two and is 7-12 with a 3.28 ERA and 130 strikeouts this season. In his career, Stroman is 2-0 with a 2.30 ERA and 14 strikeouts against Philadelphia.

The plus money with Philadelphia is tempting as Smyly has been a better pitcher for the Phillies on the road this season, but I still don’t really trust him as a starter on the whole and I’m a little bit weary of Philadelphia’s offense without Bryce Harper if he can’t go after leaving Friday’s game after getting hit in the hand by a pitch. Stroman hasn’t really had a bad start in a Mets uniform, and New York needs this game just as bad as the Phillies do and I think with Stroman as the more reliable pitcher here, I’ll lay the juice with the Mets in this one.