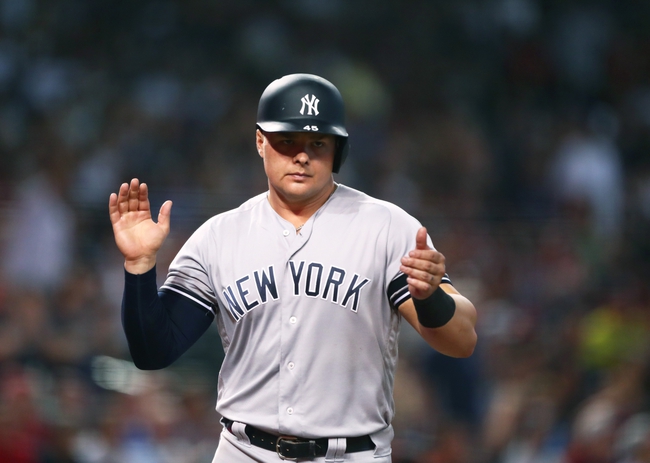 TV: FSAZ, YES Stream the MLB Game of the Day all season on ESPN+. Sign up now!

The Arizona Diamondbacks and the New York Yankees will match up on the MLB diamond Tuesday.

Arizona is fresh out of a four-game set versus the Marlins. The Diamondbacks won Saturday in that set 9-2 but fell Friday 3-2 and Sunday 5-1. In the Monday finale, Arizona fell 11-6 after allowing six runs in the second inning.

Over on the Yankees’ side, they just finished up against the Red Sox this weekend. After three straight embarrassing losses (19-3 Thursday, 10-5 Friday and 9-5 Saturday), New York fended off the sweep with a 9-6 win Sunday.

Meanwhile, the Yankees are 4-1 in their last five Tuesday games and 9-3 in their last 12 after an off day. New York is 4-0 in Happ’s last four Tuesday starts and 23-9 in his last 32 starts overall.

Clarke had a bit of a rocky stretch going this month with 15 earned over four starts, but put up a quality outing his last time up with two earned in 6.0 innings versus Baltimore.

As for Happ, he had a stretch of five earned in 15.2 innings over three starts but came out flat in Minnesota his last time up on six earned in 3.1 innings.

The Yankees really need to get back on track after the pummeling they took over the weekend at Fenway. If Happ can hang in there for five or six innings, this is a great spot to do it. I’m going New York.