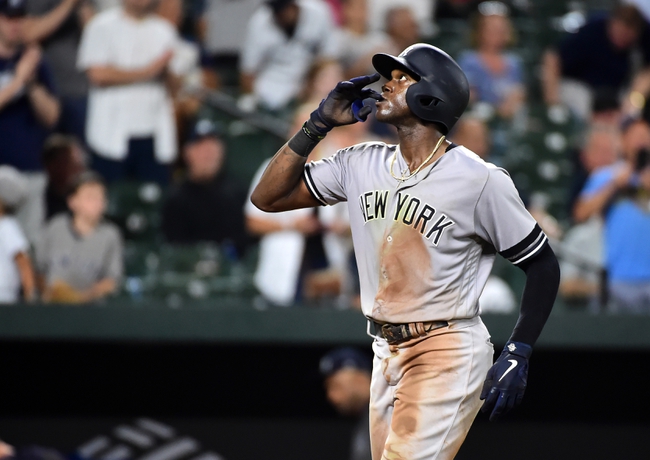 TV: MASN, WPIX Stream the MLB Game of the Day all season on ESPN+. Sign up now!

The Baltimore Orioles and New York Yankees meet Monday in game two of an MLB doubleheader at Yankee Stadium.

The Baltimore Orioles could use a win after losing nine of their last 13 games. The Orioles have scored 12 runs in their last three games and four or more runs in five of their last eight games. The Baltimore Orioles have won four of their last six games when scoring four or more runs. Jonathan Villar leads the Orioles with 124 hits and 52 RBI while Trey Mancini and Hanser Alberto have combined for 235 hits and 100 RBI. Gabriel Ynoa gets the ball, and he is 1-6 with a 5.57 ERA and 47 strikeouts this season. Ynoa is 0-1 with a 4.05 ERA and 10 strikeouts in his career against the Yankees.

Ynoa has allowed six hits and four earned runs in his last 6.2 innings, and he just faced this Yankees lineup last week. The New York Yankees have destroyed the Orioles this season, which includes 10 straight wins and winning those games by an average of 4.9 runs per game. The Baltimore Orioles should have a little pep in their step after a monster comeback yesterday against the Houston Astros, but this is still a garbage team that has zero pitching and gives up crooked numbers way too easily. I don't care who the Yankees throw out for a pitcher, they should sweep this doubleheader.